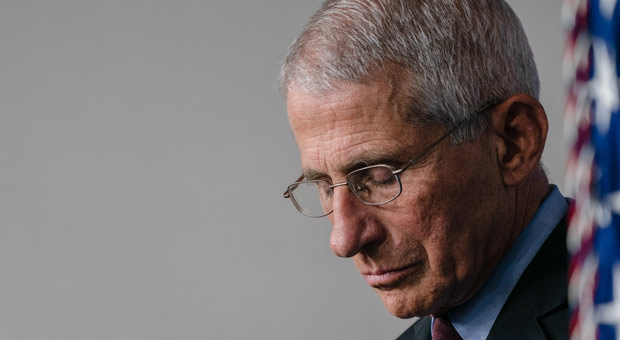 Dr. Anthony Fauci announced on Monday his intentions to step down from his government positions this December, according to reports.

Fauci, who is currently the director of the National Institute of Allergy and Infectious Diseases (NIAID), chief medical advisor to President Joe Biden, and the chief of the NIAID Laboratory of Immunoregulation, will step down from his role.

“I will be leaving these positions in December of this year to pursue the next chapter of my career,” Fauci revealed in a statement.

Fauci said he would resign at the end of Biden’s first term earlier in July.

He called his decades of public service an “honor of a lifetime.”

“I am particularly proud to have served as the Chief Medical Advisor to President Joe Biden since the very first day of his administration,” he said in his statement.

The announcement comes as Republican vow to investigate Fauci’s work should they take power in November.

Rep. Jim Jordan said in a December interview: “The top investigation — which I think will primarily be done on the Oversight Committee — is on Fauci and the gain of function and the lab leak, which is the most likely scenario how we got this virus.”

“If we win in November, if I’m chairman of a committee, if I have subpoena power, we’ll go after every one of [Fauci’s] records,” Paul said in February.

Fauci’s statement noted he had served seven different presidents throughout his career in government health.

“Thanks to the power of science and investments in research and innovation, the world has been able to fight deadly diseases and help save lives around the globe,” he wrote.

“I am proud to have been part of this important work and look forward to helping to continue to do so in the future,” Fauci added.

Biden praised Fauci in a statement reacting to the news of his planned retirement.

“Whether you’ve met him personally or not, he has touched all Americans’ lives with his work,” he said.

“I extend my deepest thanks for his public service.”