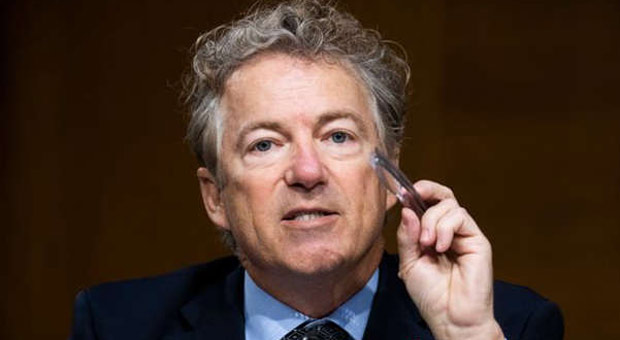 Republican Senator Rand Paul has called for the repeal of the Espionage Act amid increasing blowback following the FBI’s raid of former President Donald Trump’s home in Palm Beach, Florida.

Paul states that the World War I-era federal law, which prohibits unauthorized retention of national security information, has been abused by the government while threatening First Amendment rights.

“The espionage act was abused from the beginning to jail dissenters of WWI,” Mr. Paul tweeted Saturday.

“It is long past time to repeal this egregious affront to the 1st Amendment,” Paul added.

Anyone convicted of violating the statute faces up to 20 years in prison and a $10,000 fine.

The DOJ announced Trump is under investigation for violations of the Espionage Act after revealing details of the raid. However, it is not clear why investigators believe Trump violated the law.

Agents seized 11 sets of classified materials, including “top secret” documents from the Mar-a-Lago during their raid last Monday.

An item labeled “Info re: President of France” was also seized by agents, and an item related to Mr. Trump granting clemency to longtime associate Roger Stone.

Investigators were seeking documents related to nuclear weapons, according to reports.

Trump stated that the materials found on his property had all been declassified under his authority as president.

The raid on Trump’s home sparked outrage among not only Trump’s supporters but also Democrats like Gov. Andrew Cuomo, a longtime critic of Trump, who wrote on Twitter last Tuesday:

The Department of Justice “must immediately explain the reason for its raid & it must be more than a search for inconsequential archives or it will be viewed as a political tactic and undermine any future credible investigation & legitimacy of January 6 investigations.”

“DOJ must disclose the bona fide nature of the August 8 action or else the republicans will use it to Discredit the January 6 investigation, which would be a terrible disservice to the good work of the house committee in exposing The Trump administration violations,” the former Democrat governor of New York added.

Wray told the Associated Press that “violence against law enforcement is not the answer.”

Wray told the Associated Press that “violence against law enforcement is not the answer.”

“Violence against law enforcement is not the answer, no matter who you’re upset with.”