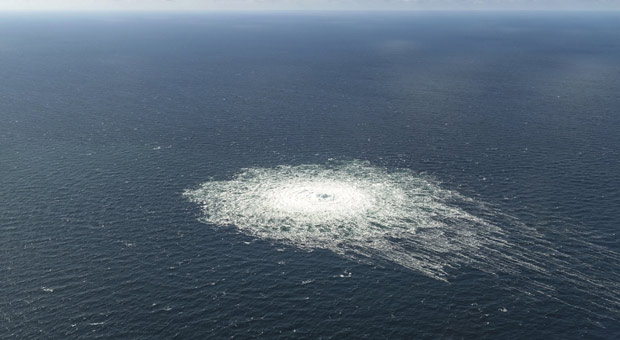 “Highly effective explosive devices” were used to blow up the Nord Stream pipelines in the baltic sea, according to a German newspaper Der Spiegel citing security officials.

The report estimates the explosive devices used to destroy the pipeline were equivalent to 500 kilograms of TNT.

The report supports recent suggestions that a state actor with a means and motive could be behind the attack.

Although there is speculation that Russia is behind the action, there is more means and motive for it to be from the United States.

Earlier this week, Fox News Tucker Carlson suggested the Nord Stream pipeline attack could have come from the Biden administration.

Joe Biden himself said on camera the U.S would “put an end” to the Nord Stream pipeline, which fuelled further speculation.

As the federal government searches for more information from a detailed examination of the Nord Stream 1 and 2 pipelines, security circles said divers or a remote-controlled robot could assess the damage at the weekend.

Spiegel reported that there could be initial conclusions about the type of explosion underwater but said it is difficult to predict how many traces can still be found.

The blast’s size was so big that the Swedish National Seismic Network detected a 1.9 on the Richter scale, while another registered 2.3.

The Swedish National Seismic Network reported that two underwater explosions were detected in the same sea area as the Nord Stream gas leaks.

According to the monitoring network, the first explosion occurred on Monday at 2:03 a.m. Swedish time with a magnitude of 1.9 on the Richter scale.

Weeks before the explosion, the CIA warned Germany of a probable attack.

“All currently available information indicates that this is the result of deliberate, reckless, and irresponsible acts of sabotage,” Stoltenberg said.

“We, as Allies, have committed to prepare for, deter and defend against the coercive use of energy and other hybrid tactics by state and non-state actors. Any deliberate attack against Allies’ critical infrastructure would be met with a united and determined response,” a statement from the North Atlantic Council (NATO) read.

Although some EU officials have suggested Russia was behind the attack, Stoltenberg nor NATO named the culprit.

The WSJ noted no mention of how NATO “arrived at its assessment that the damage, which it said has caused substantial environmental fallout and shipping disruptions, resulted from the intentional attack.”

While neither NS1 nor NS2 was operational during explosions, they were filled with NatGas to Germany, with Denmark estimating the leaks would dissipate by Sunday.

Finland stated that only a state actor was capable of the pipeline attack.