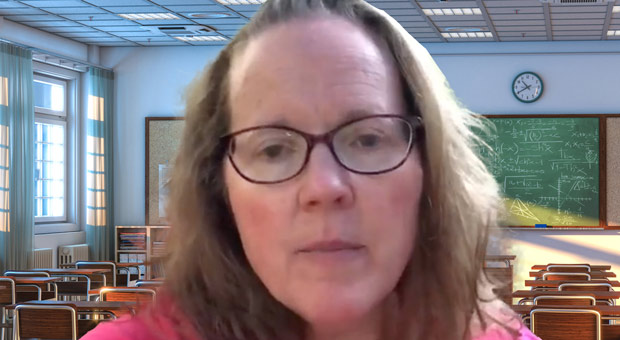 An elected school official in Rhode Island has claimed that using the incorrect pronouns against the stated identity of a “transgender” child is an “act of violence.”

According to Jennifer Lima, a committee member for the North Kingstown school district, “misgendering” must be “dealt with accordingly.”

Marxist Lima has unsurprisingly been pushing critical race theory in her school district.

In 2021, Lima responded after facing a recall effort, saying: “I think that I am being targeted because I am vocal about deeper antiracism education.” The recall effort ultimately failed.

“Purposefully misgendering students is an act of violence,” a post Lima shared said.

RELATED: Teacher JAILED After Refusing to Use Transgender Pronouns

Included in the statement is the World Health Organization’s definition of “violence,” which is “the intentional use of physical force or power, threatened or actual, against oneself, another person, or against a group or community, that either results in or has a high likelihood of resulting in injury, death, psychological harm, maldevelopment or deprivation.”

“Any act of violence in our schools which creates an unsafe environment (physically or emotionally by or for any member of the school community) needs to be dealt with accordingly,” Lima said on using the wrong pronouns.

“I also believe that purposely misgendering someone is an act of psychological violence when done deliberately and consistently and should be responded to accordingly,” she told Fox News.

She added that an appropriate response would include “investigating and disciplining such occurrences in the same way as any other biased-based assault.”

Lima, a Democrat, won her seat on the school committee in 2020.

She won 677 votes, the most out of any other elected official in North Kingstown.

As The Daily Mail notes, the school official is known to post race and gender information on social media, including a recent post titled ‘A Guide to Trans Terminology.’

Lima’s received backlash on line for her recent choice of words on describing the misgendering of students.

“When you believe words are “violence” you take away from what is actually violence,” one person commented on Lima’s post.

“Don’t be so damn soft when it comes to insignificant crap in this world. Actual violence is forced upon men and women daily, stop the stupidity.”

“So… what about free speech? People who do not share your beliefs? Even if someone is doing it intentionally and bullying… what is the appropriate punishment? And why just this? Why not all name calling? All bullying? I’d like more clarification on your views,” another person added.