Teacher JAILED After Refusing to Use Transgender Pronouns 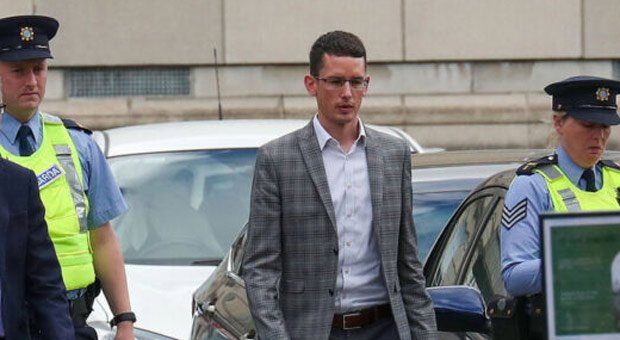 A teacher who refused to use a transgender student’s ‘gender-neutral’ pronouns has been jailed for contempt of court.

Enoch Burke was arrested on Monday for breaching a court order not to teach students at his Westmeath school or be physically present there.

“It is insanity that I will be led from this courtroom to a place of incarceration, but I will not give up my Christian beliefs,” Burke said.

Counsel for Wilson’s Hospital School’s management board said it was with a “heavy heart” that it sought Mr. Burke’s committal to prison.

However, she later said her client had been left with no choice because Mr. Burke continued to attend the school despite the court order.

The dispute began when Burke refused to address a transgender student as “they” rather than “he,” which was agreed upon by the student’s parents and the Church of Ireland school in May.

The dispute against the transgender student escalated to Burke’s suspension before the start of the school term, pending the outcome of a disciplinary process.

Burke refused to stay away from the school on paid leave for that suspension, opting to sit in an empty classroom to continue his work.

Mr. Burke told Judge Quinn: “I am a teacher, and I don’t want to go to prison. I want to be in my classroom today; that’s where I was this morning when I was arrested.”

Burke, who teaches German, history, and politics, said he loved his students.

“I love my school, with its motto Res Non-Verba, actions not words, but I am here today because I said I would not call a boy a girl,” he said.

“Transgenderism is against my Christian belief,” Burke added.

On his suspension, Mr. Burke said: “It is extraordinary and reprehensible that someone’s religious beliefs on this matter could ever be taken as grounds for an allegation of misconduct.”

He described his suspension as “unreasonable, unjust and unfair,” adding, “There has been a dumbing down of the seriousness of suspension. It is a serious step.”

“It has tarnished my good character and my good name, particularly in the profession of a teacher, where one is so close to a large number of members of the local community. It leaves a stain on what has been, for me, an unblemished teaching record,” he said.

Burke also noted his wonderful relationship with his pupils, who knew him for his “professed morals and convictions.”

He asked how he could continue teaching at a school while bowing to something he believed to be “manifestly wrong,” describing it as a “violation of my conscience.”

Ireland, once known as The Land of Saints and Scholars is now known as the land of the brain dead and cowards. Unless you were born with XY chromosome and a v****a. You can never be a woman only a self made freak.
WWG1WGA