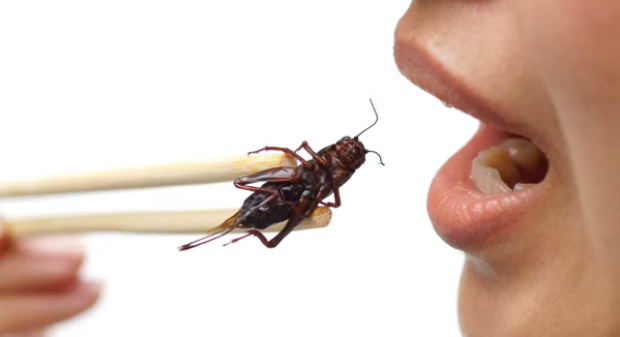 The British Broadcasting Corporation (BBC) has expressed dismay that the normalization of “eating bugs” to achieve “net zero” has been delayed due to Brexit.

The state-owned news organization noted that the sale of edible insects in the UK became illegal after the so-called Brexit transition period ended.

Meanwhile, the “east bugs” campaign in Northern Ireland is still on track after it surrendered to the European Union as a customs and regulatory semi-colony.

The BBC report focused on two so-called “insect farmers” with an apparent commercial interest in the ‘eat bugs agenda.’

The bugs are being marketed as “superfoods” that “release far lower CO2 emissions than livestock farming.”

Here is what The World Economic Forum writes on its website:

“[E]xperts tell us that, if we want to save the planet, we should eat more insects,” the broadcaster asserted.

“Selling insects as food in the UK was essentially banned following Brexit, leaving the insect industry in limbo.”

The insect farmers, Tiziana Di Costanzo and Leo Taylor, championed the globalist green agenda narrative in the report, which was delivered more like an advertisement.

Di Costanzo argued that a switch to bug-eating “will, for example, allow the oceans to replenish,” while Taylor said it would “drive the UK towards Net Zero more rapidly.”

Britain’s Food Standard Agency said it had no intention to ban edible bugs at the end of the Brexit transition and is now looking at laws that legalize them again.

Taylor said he hoped Britain might go further and “make it easier for us to bring new species to the market.”

The ‘eat bugs agenda’ may be back on track soon.

You will own nothing, eat bugs, and be happy!

What next… toe cheese and from under cheese?

The depopulationists are insane. They are trying to force a global famine with a phony climate crisis.