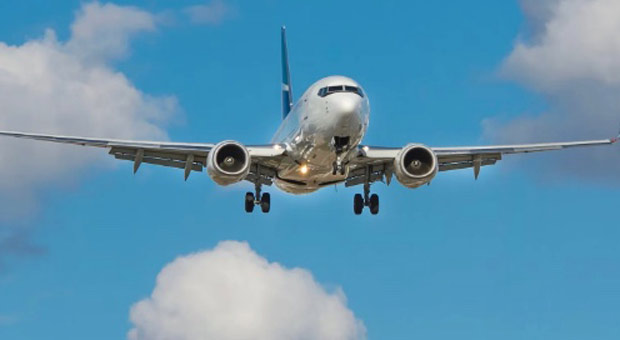 The pilot of Ikar Airlines jet died suddenly during a flight between Novokuznetsk to St Petersburg in Russia, according to reports.

The pilot, who has not yet been named, reportedly felt sick during the trip, authorities told RIA Novosti.

The co-pilot of the Ikar Airlines was forced to make an emergency landing at the airport in Omsk.

But the flight commander died before emergency services could reach him, officials said.

“The resuscitation ambulance team arrived at the airport ten minutes before the plane landed. The team stated the death of the pilot before providing medical assistance,” the Ministry of Health of the Omsk Region told RIA and TASS News.

The top assistant to the head of the Eastern Interregional Investigation Department for Transport of the Russian Investigative Committee, Petrushina Ekaterin, told the outlet that the landing in Omsk went smoothly, and nobody was hurt.

The pilot’s cause of death has not been revealed.

Last month, the pilot of a Jet2 passenger jet fainted suddenly during a flight from England to Turkey, forcing an emergency landing in Greece.

“Flight LS1239 from Birmingham to Antalya diverted to Thessaloniki Airport as a precautionary measure on Tuesday (August 23) due to one of the pilots feeling unwell. A replacement crew were flown to Thessaloniki so that we could get customers on their way to Antalya that same evening,” a Jet2 spokesperson told media outlets in August.

“We communicated this to our customers as soon as possible, and our teams worked extremely hard to look after everyone. We would like to apologize to anyone affected by this unforeseen delay,” the spokesperson said.

“The concerned crew have been removed from operation pending further investigation. Appropriate corrective action will be taken based on the outcome of the investigation. Safety has always been and will continue to be our first priority,” the company confirmed.

According to Allied Pilots Association Communications Chair Dennis Tajer, there has been a sudden wave of pilots complaining about fatigue or stress.

Tajer said there was a fourfold increase in fatigue calls among American Airlines pilots in June.

“Duty hours cover from when a pilot checks into the airport to commence their pre-flight duties, to after landing – once they have completed their post flight duties.”

“While world-wide standards are similar, the restrictions used in Europe and the UK are amongst the strictest in the world. Airlines operating from EU member states use rules from the European Aviation Safety Agency and are inspected by their individual aviation authorities while UK airlines follow an identical set of rules but are overseen by the CAA.”

How long before oopsie,a pilot dies in the seat and another plane slams into the white house or something, then they blame it on conservative terrorism? This is just ripe for false flag intervention

Why take out onesy twosy’s when you can take out a whole plane?
B.Gates

liberals will not allow the truth to be told on any issue. the truth is the enemy of democrats.

Didja’ see it? The “BOEING” aircraft….yeah.

Yes I did.
He wasn’t a “Boeing pilot”.
He was an Ikar Airlines pilot.

Why was the deceased referred to as a “Boeing pilot”?
Boeing doesn’t operate any airlines.