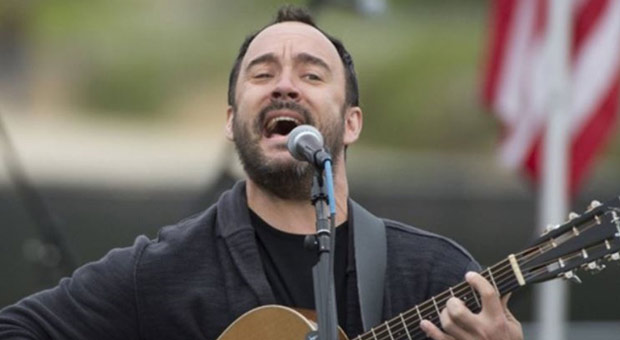 With the midterm elections just weeks away, Democrats running in marquee Senate races have turned to musician Dave Matthews to galvanise his fans to the polls.

Matthews plans to parachute into Pennsylvania to headline a get-out-the-vote rally for Lt. Gov. John Fetterman.

“I can promise you don’t want to miss this,” Mr. Fetterman told his supporters.

Matthews also sought to boost the Senate campaigns of Democratic hopefuls Cheri Beasley and Tim Ryan in North Carolina and Ohio this week.

The Democrats‘ last hopes of picking up Republican-held seats are in Pennsylvania, Ohio, and North Carolina races.

Matthews shared stories over the course of the show, one including how his grandfather purchased him a pack of smokes on his 18th birthday.

The singer also flirted with the climate change narrative, urging the audience to take care of the planet before it was “too late,

The Democrat’s only hope of support comes from the Hollywood and music elite. President Joe Biden recently honored Elton John at the White House with the National Humanities Medal and tapped James Taylor to perform a special show in the Rose Garden to celebrate the recent passage of the Inflation Reduction Act.

Meanwhile, Republicans have the support of real working Americans, who are sick of the radical leftist agenda infesting their schools and local governments.

Matthews’ appearance Wednesday with Mr. Fetterman will come after the Democrat’s first debate with Mr. Oz.

The affair offered voters a late-in-the-game opportunity to gauge the Democrat’s health after suffering a stroke which kept him from the campaign trail.

“His hearing of sound such as music is not affected,” his physician said.

The Fetterman rally Wednesday is set to take place at an entertainment complex in Pittsburgh.

“This is the most important election in the country, and I am honored to have Dave Matthews joining us in Pittsburgh for a rally to kick off our get-out-the-vote efforts,” Mr. Fetterman said in a statement.

“We’re excited to have Dave perform for all of our fans in Pittsburgh to thank everyone for their hard work to get to this point, and emphasize the stakes of this race for people across Pennsylvania.”

Sure, just trot out another out of touch “celebrity” is dave even a thing now?

Lol @ Dave Mathews. He is about as relevant as that democrat clown running for governor of PA.
Have a feeling this is really more about Dave Mathews trying to catch a headline than anything else.

I know right? He was mildly popular around the time that people used AOL CD’s to access the internet, being charged by the hour. And even then he was garbage. Has anyone asked the guy that played Kevin Winslow on “Family Matters” how he’s voting? It could have huge implications!

Another socks-and-sandals overrated loser wants to flex his tiny wittle muscles to spread Marxism because he’s incapable of critical thought.

Well Dave…. I am hoping to see that Red Wave “Crash Into You.”

They have no idea how repulsive it is when they bring in celebrities last minute, as if Americans are that cheap and fickle to be swayed last minute by star power.