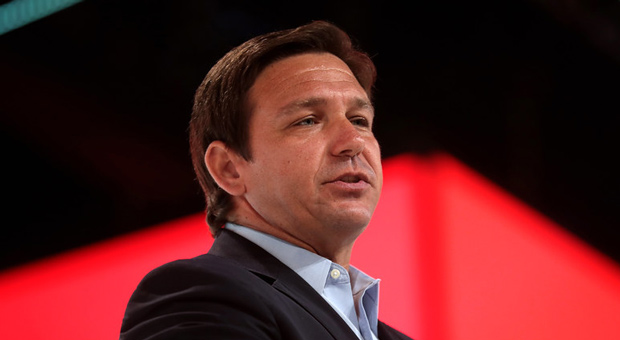 Florida’s Department of Business and Professional Regulation is investigating “A Drag Queen Christmas” following the show’s performance at the Broward Center of the Performing Arts.

One attendee who objected to the show’s contents in the presence of children was asked to leave.

“There are children here! It’s not right! It’s not right to have these shows with children,” activist Chris Nelson said as he was told to leave the venue.

WARNING: The video contains vulgar language that some viewers may find offensive:

Several police officers trespassed Nelson from the premises after he urged them to take action.

Nelson said children who saw the pornographic performance were as young as ten years old, according to The Floridian.

The Department of Business and Professional Regulation is now asking for photos and videos from the show.

“The Department of Business and Professional Regulation (DBPR) is aware of multiple complaints about a sexually explicit performance marketed to children held in Fort Lauderdale on December 26th,” a spokesman for Florida Gov. Ron DeSantis said of the event in a statement.

“The Department will share any collected evidence with the Florida Department of Law Enforcement (FDLE) for potential criminal liability.”

“Having kids involved in this is wrong,” the governor said in July regarding a Miami bar that ultimately lost its liquor license for hosting sexually charged drag shows.

“That is not consistent with our law and policy in the state of Florida, and it is a disturbing trend in our society to try and sexualize these young people,” he added.

“That is not the way you look out for our children; you protect children, you do not expose them to things that are inappropriate.”

Charge the “queens,” venue, and parents with Child Endangerment.

Also charge them with corruption of minors, mental, emotional and sexual abuse! Throw the pedophile perverts in jail! That is THE LAW! Enforce it!

These freaks are trying to increase their numbers by indoctrinating our children into the belief that their queerness is normal. Obviously, it must be quite lonely at the bottom. They are ensuring that they will remain there. Parents need to rise up against them and any school system which allows these degenerates to put one foot on school grounds and the same for school administrations which allow it. Arrest for furthering child abuse!