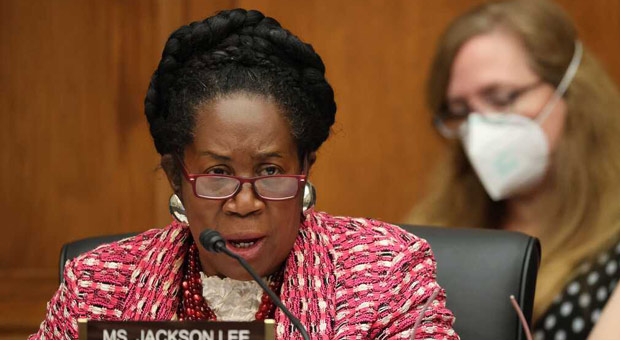 House Democrats have renewed their push for reparations and a national apology for slavery with the reintroduction of legislation that would set up a commission to consider steps to address the “cruelty, brutality, and inhumanity of slavery” in the United States.

The legislation, considered by the House Judiciary Committee in the last Congress when Democrats were in control, is not likely to be taken up in the 118th Congress led by Republicans.

However, Jackson Lee said she was hopeful about forming a commission to recommend monetary compensation and help America understand how slavery still affected the country, Fox News reported.

Jackson Lee re-upped legislation to create a commission to examine slavery and reparations this week.

“Though some have tried to deflect the importance of these conversations by focusing on individual monetary compensation, the real issue is whether and how this nation can come to grips with the legacy of slavery that still infects current society,” she said.

“Through legislation, resolutions, news, and litigation, we are moving closer to making more strides in the movement toward reparations,” she added.

In November, the new House Democratic Leader, Hakeem Jeffries of New York, expressed support for the idea of a commission because of the lingering effects of slavery.

“We’re not going to move on because after slavery, [there was] Jim Crow and the rise of the KKK,” Jeffries said in 2021.

“And the lynching epidemic. And Plessy v. Ferguson. And Black Wall Street in 1921 destroyed.”

Jackson Lee said, “the legacy of slavery lingers heavily in this nation.”

She added that monetary compensation needs to be part of the discussion because of the economic impact of slavery can still be felt today.

Legislation on reparations is unlikely to move in the GOP-led House.

“These economic issues are the root cause of many critical issues in the African American community today, such as education, healthcare, and criminal justice policy, including policing practices,” she said.

“The call for reparations represents a commitment to entering a constructive dialogue on the role of slavery and racism in shaping present-day conditions in our community and American society,” she added.

The commission would examine the “lingering negative effects of the institution of slavery… on living African Americans.”

Jackson Lee said the bill is more relevant than ever given what she called the “over-criminalization and policing of black bodies.”

“The principal problem of slavery continues to weigh heavily on this country,” she said.

“A federal commission can help us reach into this dark past and bring us into a brighter future.”

So, then tell the Democrats to apologize, if they like. They were the slaveholders anyway!

As Democrats, they’re the ones who promulgated slavery! So go ahead and speak for yourselves when you apologize, and please quit projecting EVERYTHING you do on everybody else.
It’s a crazy mixed up world brought to you by the Democrats and Socialists.

Bite me. Planes leave daily for Afreeka. In a month you will begging to come back.

who are the dems asking to apologize? The dems better take a long hard look in the mirror for they are the ones who kept black slaves back in the day….

Exactly right. So it should be the Democrats who do the pay out. The DNC needs to step up and pay. They also need to pay Republicans who were the ones who freed the slaves.

America Demands the Democrats Party Dissolve and they become classified as Domestic terrorist. Then Shot. IMO

Democrats WERE the slavers. I’m not appologizing for anything that happened decades before I was even born. They should appologize and pay from their OWN coffers if they feel the need.

The Democrats are extreme. The only way you will be allowed in the Democrat party is if you are for reparations and abortion. And the sad part, the Republican party are asleep at the wheel, They need to stop this BS now, because if reparation is allowed, it will become a government program for life. If you think this country is evil leave, no one’s keeping you here.

I agree. Everyone in the USA who owns or owned a slave go outside and tell the sky you’re sorry…

This is the most rich thing I’ve heard… these MORONS are too stooooopid to know THEIR party’s history and the blood on THEIR party’s hands! F these Luciferian d***h Cultists

Sheila Jackson Lee, is just another scumbag looking for a handout to buy votes with. How about we go after reparations for the crime in our streets and the financial burden thrust upon us as a society by only 14% of the population?!! Maybe we should simply fund the purchase of a one-way plane ticket to anywhere outside the US once these so called victims renounce their citizenship with a promise to never to return? After all, if this country has been so oppressive for the last 400 years, maybe it’s time for a fresh start anywhere but here. As pointed out by D3F1ANT, Sheila Jackson Lee may also want to take a minute to learn the facts of American History and just how destructive what’s know now as the Democrap Party has been to this country and it’s people throughout history.

Will the Democrats apologize for segregation in the South too?

Let the slave holders apologize to the slaves.

You are right we must teach the history of the Democrat party that who’s founders put slavery into the constitution, passed the Fugitive Slave law, supported slavery in the US before the Civil War, forced the Native Americans on the Trail of Tears, cheered for the Dred Scott decision, cursed the Brown VS Board of Ed. Decision, fought for Slavery through the Civil War, founded the KKK, Wrote the Jim Crow laws and Black Codes and set up the Poll Tax to prevent blacks from voting. Party senators voted against the civil rights and anti-lynching laws for 80 years. Set Jews back to Hitler during WWII. Built and filled concentration camps with US citizens. Setup a system of dependency to keep blacks on the liberal plantation. Spied on MLK and later had him shot. Regularly use race card to beat down their opponents. The party supported the killing of nonwhite children by Planned Parenthood, the organization founded by the National Socialist supporter Margret Sanger.  To this day still have a number of elected racist members in congress and local state organizations. We must support this party no matter what.

The legacy lingers in the minds of a few race huslters

What is this ” Awaiting for approval ” c**p!

If it were up to me, the afros would still be in afroca.

Considering the new House rules states, “No legislation that appropriates new spending” , I’d say she’s sh*t outta luck for the next 2 years. This is just to stir up nonsense because they’re missing their chaos queen!

“Off”, is the general direction you may now “F”.

Funny. Dims were and are slave holders (though now they use taxpayer funds instead of their own money,) and Republicans were the ones who freed the slaves. So…dims how about a large, loud and very public ‘mea culpa’ accompanied by all dim campaign funds donated to a reparations fund?

I will never apologize for something I or my family never did. Just remember BLM’ers, it was your fellows that captured and sold you into slavery.

Since the democrats were the slavers, Plantation owners, Founded the KKK , Jim Crow Laws / Separate But Equal laws and finally the longest filibuster in American history in 1967 to .stop blacks from getting civil and voting rights. I Agree. THEY need to apologize for Slavery. Over 600,000 people died in the civil war in 4 years to stop their insanity. Apologize. and own up to it.

Want “reparations”? How about a free trip back to Africa? One-way!

Jefferies says we can’t move on because after slavery there was Jim Crow and the KKK! He’s right, the democrats are responsible for a lot of horrible things!!!! Maybe we should just cancel the democrats!!

By all means. Democrats absolutely should apologize for their sins. What the he.. is stopping them.

why should all Americans apoligize for the horrific instution that the then Democrat Party fought, and lost, to keep intact? When will they acknowledge that fact?

DEMOCRATS ARE THE ONLY ONES WHO HAD SLAVES SO FROM WHOM ARE THEY “SEEKING” AN APOLOGY??????

If only they had been in power for the last several years, they could have done something about this!

As if The Emancipation Proclamation wasn’t enough?

If the democrats want to take responsibility for what their counterparts did a couple hundred years ago I am willing to forgive them and move on. At the same time can we have a national day of celebrating for the republicans of old who set the black man free ?

The Democrats should apologize for slavery. It was their party which waged a war that killed 750,000 Americans in an attempt to preserve slavery

What we need are reparations for the families of republicans that died in the civil war to free the slaves from democrats.

Blame the african chiefs you racist bag of wind

We have apologized, through 61 years of Affirmative Action policies where many deserving candidates for positions were replaced with can’tidates. Enough of the crapola!

Left-Leaning 'The Breakfast Club' Hosts Stunned as Callers Say "I'd Rather Have Trump" than Biden
Hosts of Charlamagne tha God’s left-leaning ‘The Breakfast Club’ were left stunned...
No posts found
wpDiscuz
36
0
What are your thoughts? Click to commentx
()
x
| Reply