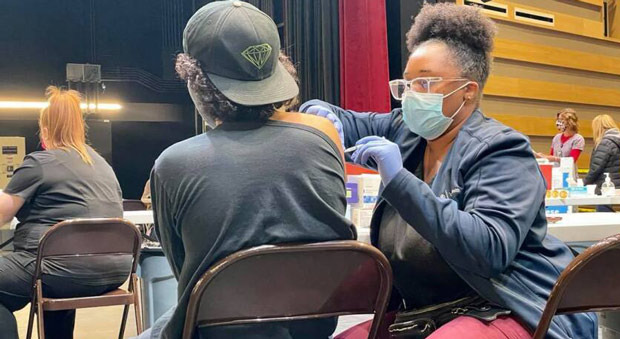 The appellate court agreed with the lower court’s ruling from 2021 that the district does not hold the authority to establish its own mandate.

The court rejected the district’s several defenses of its mandate, including that it is in line with the responsibility to keep students safe, that programs can be created to meet “local needs” and that the mandate is not actually a mandate because it allows for students to do at-home independent study should they choose not to comply.

“We doubt that students and their parents perceive a real choice. For some, independent study would likely be a step backward,” it wrote.

District spokesperson Mike Murad said the San Diego Unified is looking at the appeals court ruling and “will consider its next steps,” the Los Angeles Times reported.

“This is a great win for children and the rule of law and ensures consistency statewide,” said Lee Andelin, attorney for Let Them Choose, an offshoot of San Diego County-based group Let Them Breathe that sued San Diego Unified over its student COVID vaccination mandate last year.

Earlier this year, the district decided to stay the mandate which would have required its students to get shots to attend school until at least July 2023.

Although there were permitted exemptions, money was based on personal beliefs.

Parent group “Let Them Choose” raised a legal challenge and filed a lawsuit in October 2021.

The group said the decision to mandate vaccines must be made at the state level and would need to include a “personal belief exemption” – unless the state legislature acted to eliminate the exemption.

The district first adopted its vaccine mandate in September 2021.