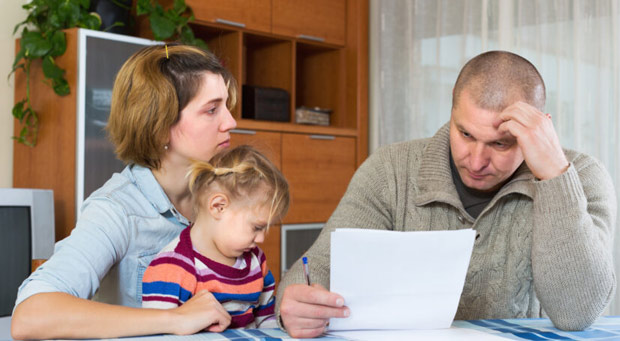 Soaring inflation is putting increasing pressure on American parents as the costs of raising a child continue to skyrocket, according to the Brookings Institution.

According to the ‘left-wing institutions’ analysis, published by The Wall Street Journal, it costs over $310,605 to raise a child in the current economic climate, averaging $18,271 per year to raise a child born after 2015.

The multiyear total is up $26,011, or more than 9%, from a calculation based on the inflation rate two years ago, before rapid price increases hit the economy, the Brookings Institution said.

The analysis notes that soaring food prices are also contributing to the cost of raising a child.

The Bureau of Labor Statistics Producer Price Index recently revealed consumer food prices are by 13.1 percent from last month and a massive 15.8 percent since 2021.

The Brookings Institution used data from 2017 from the U.S. Department of Agriculture and adjusted it for current inflation.

The analysis also reviewed other expenses affected by the soaring child-raising costs, including clothing, health care, housing, and child care.

The families most affected by these rising costs are ones starting at a lower income, especially families earning between $20,000 to $30,000 per year, according to Isabel Sawhill, a senior fellow at the institution.

Due to rising expenses on gas, food, and housing, among other items, American families are facing higher costs of living.

The U.S. Department of Labor analyzed that the overall consumer price index rose 8.1 percent in July compared to last year.

Rising inflation, gas prices, and the economy are now the biggest concerns of American families.

Of the respondents, a 33 percent plurality said inflation is their top concern.