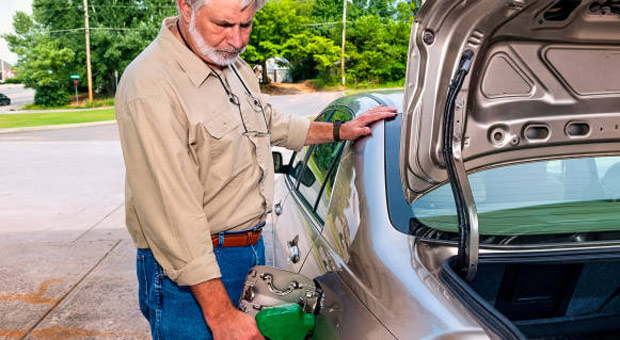 The cost is an almost 11 percent increase from last year.

The AAA looked at 45 models in nine vehicle categories to calculate the average annual cost of owning and operating a new vehicle.

The AAA selects top-selling, mid-priced models and compares them in the following six categories:

The study found drivers of gas-powered vehicles would pay $2,700 a year to fuel up, while owners of electric cars would need around $600 a year to charge at home, a difference of $2,100 annually.

Fuel costs are based on a weighted average of the first five months of 2022, during which the drivers pay about 17.99 cents per mile or $3.999 per gallon.

Since early March, gas prices have increased due to Russia’s invasion of Ukraine and the supply chain crisis, forcing Americans to splash out more for owning a car.

Since the AAA’s Your Driving Costs evaluation was completed, the cost of vehicle ownership has increased further.

“You’re usually focused on the purchase price and that is not the whole story. Not even close,” Greg Brannon, director of automotive engineering for AAA, told USA Today.

“We’re all feeling that at the pump,” Brannon said.

“That is driving a big piece of [the annual price increase], and particularly with Americans’ desire to drive things like pickup trucks that don’t get good fuel economy.”

The end of private car ownership?

As owning a private vehicle costs become increasingly expensive, The World Economic Forum hasn’t shied away from its future vision.

As The Post Millennial reported earlier this year, “The World Economic Forum (WEF) published a paper calling for the end of ‘wasteful’ private car ownership. The WEF argued that communal sharing of cars would lessen global demands for precious metals and fossil fuels.”

The WEF wants us to capitulate on the kind of property rights that are the basis of a stable and prosperous society. Instead, the WEF paper smugly proposes they will “encourage” us to submit to “go from owning to using.”

They suggest that, because a car is not driven constantly, there is no need to own one.

The WEF argues that the so-called “emergency” of climate change is why we must be deprived of our liberty and standard of living.

The WEF is more like the: w*f?
Get out of my life, controllers. I love freedom and I’m not changing.

Hmmm! When the WEF give up their cars — they will be such a great example for the world to follow! (P.S. suggestion: Do not hold your breath, asphyxiation will be the result!)