Conservatives in Mourning After Diamond From ‘Diamond & Silk’ Tragically Passes Away 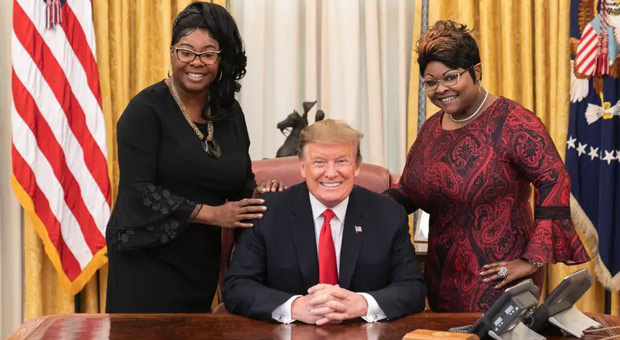 “Our beautiful Diamond of Diamond and Silk has just passed away at her home in the state she loved so much, North Carolina.”

“Silk was with her all the way, and at her passing. There was no better TEAM anywhere, or at any time! Diamond’s death was totally unexpected, probably her big and precious HEART just plain gave out. Rest In Peace our Magnificent Diamond, you will be greatly missed!”

The official Diamond and Silk Twitter page posted this GiveSendGo:

“The World just lost a True Angel and Warrior Patriot for Freedom, Love, and Humanity!” the post reads.

“Diamond blazed a trail, founded on her passion and love for the entire race of humanity. The memory of her passing should forever remain in our hearts. In this time of grief, please respect the privacy of Diamond’s family but remember and celebrate the gift that she gave us all!,” they concluded.

The pair rose to fame for their humorous and engaging take on the political landscape, becoming Conservative mega stars.

In 2020 they also became contributors at Fox News before landing at network Newsmax with “Diamond and Silk: Crystal Clear.”

The duo also published the co-written “Uprising,” which quickly became a bestseller.