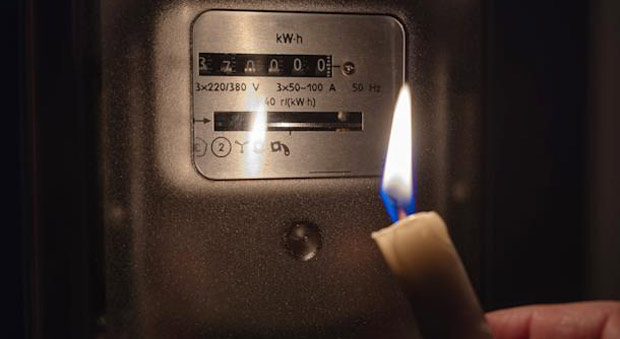 The UK government has begun “war gaming” energy blackout scenarios which could last up to a week if the national grid goes down.

The Guardian newspaper reported on classified as “official sensitive,” which laid out a “reasonable worst-case scenario” where the country could suffer from severe disruptions in communications, energy, food and water supplies, and transport.

The plans have been recently updated amid the energy crisis in Europe, focusing on providing vulnerable people with shelter, water, and food.

The paper also claimed the government has been carrying out test exercises for Programme Yarrow – a secret contingency plan for large-scale power outages.

“Even with the [taxpayer-funded] price cap this is a doubling-up of what people are used to paying for their energy bills,” Pettigrew said.

The Daily Fetched reported last month that the UK could face a “Gas Supply Emergency” as natural gas dwindles:

Ofgem referred to the National Grid Procedure for Network Gas Supply Emergency document for standard procedures but also added its own take on it.

“Due to the war in Ukraine and gas shortages in Europe, there is a significant risk that gas shortages could occur during the winter 2022/23 in Great Britain,” the body wrote, stating they would reach a decision on handling shortages by November 18th.

Ofgem also noted that if generators are left unable to get gas for long periods while under contract to produce electricity, it runs the risk of” potential insolvency of gas-fired generators” – or in other words, power stations going bust.

It has also been reported that the BBC is preparing for emergency radio broadcasts to reassure the public of blackouts.

Although the UK is not reliant on Russian gas imports, it does not have energy independence because the ruling party has failed to tap its gas reserves, with he nation still importing large amounts of energy from continental Europe.

Former Prime Minister Liz Truss agreed with Belgium, France, and the Netherlands to keep the electricity flowing in exchange for opening up British territory in the North Sea to European wind farm projects.

“We sit on a century of our own energy treasure, yet face week-long blackouts. Net Zero = net poorer, he added.