Bolton: Trump Is Politically ‘Slaughtering’ Merrick Garland Like a ‘Lamb’ 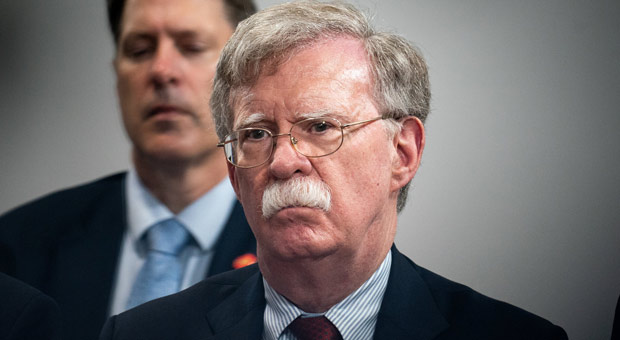 “You’ve worked on sort of both sides of this, ambassador, inside the Department of Justice and also inside the security world. How do you read this filing?”

“Well, I think it says there are very significant problems here for President Trump and many of his advisers, post-presidency.”

“But I think we’ve got to distinguish between the legal battle that’s going on and the political battle,” Bolton said.

“I think the Justice Department position sounds perfectly reasonable on the legal battle. But on the, on the political battle, I think they’re being overwhelmed by Donald Trump,” he added.

“You know, if we were in a Colosseum with two gladiators, one of them Donald Trump, the other Merrick Garland, we’d be about to witness the slaughter of the lambs. The Justice Department understandably wants to follow its normal procedures,” Bolton continued.

“It’s facing an adversary who couldn’t care less about the normal procedures. And I do think the department’s got to do more here. I know it’s hard, but they’re still not doing enough to explain why this search warrant was executed and why, why now?” he asked.

“They don’t want to release the affidavit. Last night, for example, when they filed their motion, they should have put somebody on camera at the Department of Justice reading from it. They should have tweeted it,” he added.

“They should have sent it to every member of Congress. I’m not asking them to say more than what they’ve said in their court filing, but they’ve got to do more to explain what they’re up to. And they’ve got to think of creative ways to justify it to a very skeptical public, in many respects.”

“So you’re saying better PR, but you’re, are you saying that they should release the affidavit, parts of the affidavit, or let members of Congress see some of the classified material? What’s your view on that?”

“Look, the argument is that you can’t even release a redacted version of the affidavit because most of it would be redacted. I’m not surprised by that.”

“I can’t, I don’t know what the documents are. I don’t know what sensitive sources they’ve spoken to. I’m just saying that you’ve got to be more realistic about the political environment that they’re operating under,” Bolton said.

“And I would say this, I think this is something, if President Biden think that thinks this is a legitimate investigation, he needs to say something.”

“Other politicians need to weigh in. Otherwise, to pick a Watergate metaphor, right now, the Department of Justice is twisting slowly, slowly in the wind. It is a target for Donald Trump and it’s not being defended.”

LONG OVERDUE for the “Department of Justice”. Since AT LEAST Whitey Bulger.