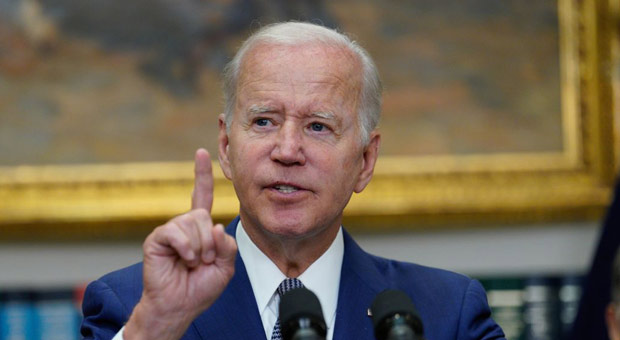 A new executive order issued by the Biden administration is calling for biotechnology that can “predictably program biology in the same way in which we write software and program computers.”

Executive Order 14081 cites the COVID-19 “pandemic” as demonstrating “the vital role of biotechnology … in developing and producing life-saving … vaccines that protect Americans and the world.”

Taken directly from the executive order:

“For biotechnology and biomanufacturing to help us achieve our societal goals, the United States needs to invest in foundational scientific capabilities. We need to develop genetic engineering technologies and techniques to be able to write circuitry for cells and predictably program biology in the same way in which we write software and program computers.”

“Although the power of these technologies is most vivid at the moment in the context of human health, biotechnology and biomanufacturing can also be used to achieve our climate and energy goals, improve food security and sustainability, secure our supply chains, and grow the economy across all of America.”

In support of its proposal, the order called the Secretary of Health and Human Services (HHS) to “submit a report assessing how to use biotechnology … to achieve medical breakthroughs, reduce the overall burden of disease, and improve health outcomes.”

RELATED: THIS IS NOT A DRILL: 33 Things We Know about The Coming Food Shortages

Appearing on the Thrivetime Show: The ReAwakening versus The Great Reset podcast, Flynn discussed a new executive order arguing it supported “transhumanism.”

“They are trying to change the very essence of our DNA, and there are people who are working on this, that is one of them, [Israeli public intellectual] Yuval Noah Harari,” Flynn said.

“It is just not going to work so what do they do? They are basically going to put components of robotics into us. That is one of the issues that they are looking at,” he added.

“To be able to do things and live a normal life but that is different to what these guys are trying to do,” Flynn added.

“They are actually trying to change inside, the internals of something that is unchangeable, unmoveable, immoveable because they are designed by someone other than them. Thank God that God designed us the way that we are,” he said.

This is straight from the WEF playbook. It is evil. Period.