U.S. Economy Declining at Pace Not Seen Since 2008 Financial Crash 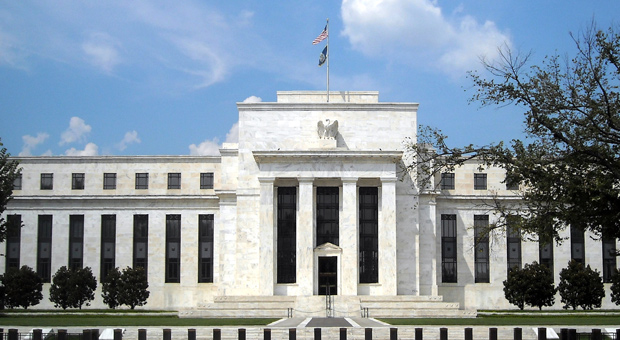 The U.S. economy is rapidly declining at a pace that matches the 2008-09 financial crisis, according to the chief business economist at S&P Global Market Intelligence, Chris Williamson.

In July, the S&P Global U.S. Manufacturing PMI eased to a two-year low of 52.3, down from 52.7 in June—anything above 50 indicates growth.

The market had penciled in a reading of 52.

Since the beginning of July, production levels were flat, employment growth moderated, inflation stalled, and business sentiment plunged to its lowest level since October 2020.

More firms stated that they plan to slash personnel and cut costs.

The services PMI gave a reading of 47, down from 52.7 – falling short of the market estimate.

The decline – the largest since May 2020 – was driven by a decline in new exports, job creation, soaring prices, and low business confidence.

PMIs are essential indicators because they suggest where trends are heading in the manufacturing and service sectors.

“The U.S. economy is contracting at a rate not seen since the global financial crisis in 2009 (excluding the initial pandemic lockdown), as the flash #PMI covering the output of manufacturing and services fell sharply in July,” Williamson posted on Twitter.

Williamson also observed multiple forward-looking indicators, including the orders-inventory ratio signal, suggest that “worse is to come for U.S. manufacturing in August.”

“This means the #FOMC is hiking interest rates at a time when the U.S. economy is already showing severe signs of stress & recession risks have risen,” he stated.

This month, the Federal Open Market Committee (FOMC) will hold its two-day policy meeting. The market expects the Federal Reserve to raise interest rates by 75 basis points for a second consecutive month.

According to the CME FedWatch Tool, there is a 20 percent chance of a 100-basis-point hike this month amid soaring inflation.

But Market analysts fear that these efforts might facilitate a recession.

“As for next year, we strongly suspect rate cuts will be the key theme,” said ING economists.

“By delaying their response to high inflation and now having to move policy faster and deeper into restrictive territory, there is clearly the fear of a recession. At the same time, we think inflation could fall sharply from March next year onwards.”

Top economist Mohamed El-Erian told CNBC that inflation has likely peaked, but this may be at the economy’s expense.

“I think inflation has peaked in the U.S., at least for the next three to four months. We’ve got to see how sticky some elements are,” he said on Friday.

Fears over the downturn of the U.S economy have been increasing

In addition to the 9.1 percent consumer price index (CPI) in June, metrics released this month indicate the economy is now slowing.

Meanwhile, sentiments have deteriorated among companies and consumers.

As The Epoch Times noted:

There are also worrying signs in the labor market.

In the week ending July 16, the number of Americans filing new claims for jobless benefits grew to a nine-month high of 251,000, according to the Bureau of Labor Statistics (pdf),

The focus will be on the second-quarter GDP report, which will determine whether the U.S is in a technical recession.

The market consensus is a growth rate of 0.4 percent, while the Bloomberg GDP estimates range from 55 economists between -0.6 percent and 1.2 percent.

The Fed’s tightening cycle will function on auto-pilot until there is a significant weakness in the labor market, says chief economist at Bank of the West Economics, Scott Anderson.

“It feels a bit like one of those bad horror movies where the creepy music is already playing, but the character continues to walk into the seemingly abandoned house,” he wrote in a note.

“You know this isn’t going to end well though you’re not yet sure what is about to happen.”