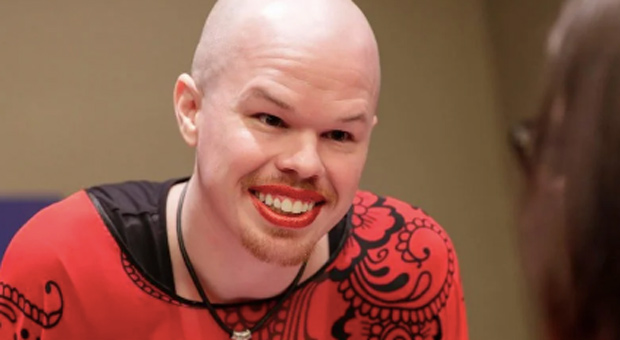 Biden official Sam Brinton, the deputy assistant secretary of the Office of Spent Fuel and Waste Disposition in the U.S. Department of Energy, has been accused of stealing another woman’s luggage from an airport.

Investigators confirmed Brinton has been accused of stealing luggage from Harry Reid International Airport in Las Vegas and a felony warrant has been issued.

“A felony warrant was issued for Sam Brinton, a deputy assistant secretary, sources said. The charge is for grand larceny with a value between $1,200 and $5,000, records showed,” 8NewsNow reported.

According to the complaint, Brinton removed a luggage tag from the bag, placed it in his handbag, and “then left the area at a quick pace.”

Police questioned Brinton about the bag in October, asking if he “took anything that did not belong” to him. Brinton reportedly responded, “Not that I know of.”

Brinton then allegedly called the investigating officer before admitting to not being “completely honest.”

According to Brinton, the bag was taken by mistake because he was tired from his trip and “got nervous” after relaising the belonged to someone else.

Biden official Sam Brinton told police he left the woman’s clothes in the hotel room drawers, but took the bag to “keep up appearances.”

The Biden administration placed Brinton “on leave about a month ago following the accusations,” The New York Post confirmed.

Earlier this week, Republican lawmakers demanded Brinton resign in the light of the allegations.

The Daily Mail reported that calls for resignations came in a letter sent Tuesday to DOE Secretary Jennifer Granholm.

The effort is being spearheaded by Georgia Representative Andrew Clyde and signed by 15 other Republican lawmakers, including Reps. Marjorie Taylor Greene, Andy Biggs and Nancy Mace.

‘[W]e demand the resignation of Sam Brinton, and we implore you to set aside petty politics and appoint only the most qualified and dedicated individuals to influence America’s energy sector,’ the letter reads.

“Brinton’s actions, along with your Department’s lack of transparency when dealing with this matter, reflect poorly on the Department of Energy, and they raise concern as to the Biden Administration’s priorities when appointing high-ranking officials. It is imperative that we do not allow a person charged with a felony to influence America’s policies,” the lawmakers added.

Is kleptomania still frowned upon? I know minor attraction by adults and burning cities is cool, but kleptomania?

Maybe they/them’s Christmas shopping wasn’t done yet, or couldn’t find their size the first time. Makes you wonder how many additional times this has happened, and does the Prez get a 10% cut of this?

Horrible democrats have turned this country into a s**t show. I can’t see even one progressive that is not a grifter. Most of the republicans are no better. The Uniparty needs the c***d shot more than ever!

This clown is a demented pervert and needs to spend some time in prison…picking up the soap in the shower!

Total degenerate FREAK! True representative of this criminal entire cabal! Probably gave some of the woman’s clothes to his boss Traitor Joe to sniff and fondle,

So… he’s still a mental case? How could anyone possibly know?

for all of his obvious faults and short coming, that f*g ain’t to bright

So the U.S. Department of Energy has an “Office of Spent Fuel and Waste Disposition”.

It wouldn’t be a surprise at all to find out they have hundreds of “armed agents”. This country is over.

This qualifies him for a raise and promotion under the Biden clown car administration.

If this was only a bad movie it would be a real loser. But worse, the whole “inmates running the asylum” vibe is kind of stomach turning. Please tell me that Satan and minions did not just do a soft coup of this world.

Will he? be fired or promoted?

So he stalks ladies at airports who appear to wear the same size dress as (him, her, we, they, it)? Accidentally of course.

Did he try to hide it in his prison wallet?

Obvious mental problems in more ways than one

Harvard Abruptly Shuts Down 'Disinformation' Research Project Led by Hunter Biden Laptop Skeptic
Harvard’s Kennedy School of Government has pulled the plug on its “Disinformation”...
No posts found
wpDiscuz
15
0
What are your thoughts? Click to commentx
()
x
| Reply