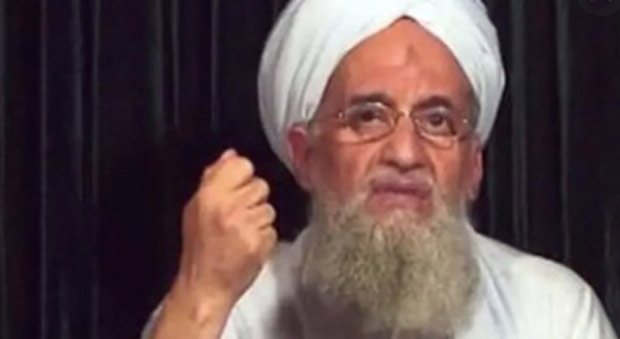 The White House was forced to admit it did not have DNA confirmation that al-Qaeda’s top leader Ayman al-Zawahiri was killed in a CIA drone strike, saying it would have to confirm the death by other means.

“Quite frankly, based on multiple sources and methods that we’ve gathered information from, we don’t need it.”

“We have visual confirmation, but we also have confirmation through other sources,” Kirby added.

Reports said Ayman al-Zawahiri was living with his family in a safe house in Kabul’s Sherpur neighborhood.

Following the announcement of the drone strike, an administration official told reporters that US intelligence had “high confidence” Zawahiri was killed.

Biden claimed no civilians were killed in the strike, with no reports from the Taliban of civilian casualties.

The Taliban have condemned the drone strike, accusing the US of violating the Doha agreement.

The Taliban account of the strike matches the US account, although they have not confirmed that it was Zawahiri who was killed.

Eerily similar to the ‘killing’ of Osama Bin Laden

As The BBC reported in 2011, US officials saidBin Laden’s body was treated with respect and buried at sea.

However, some Muslims argue there was no good reason for not burying it on land.

Islamic tradition requires the dead to be buried as soon as possible, unless an autopsy is required.

The US military took this requirement very seriously, burying the body within hours.

“Traditional procedures for Islamic burial were followed,” an official said.

The body was then flown to Afghanistan and Bin Laden’s identity was confirmed.

Officials said at the time the DNA sample was taken that matched that of several other family members. Some sources say facial recognition technology was also used.

Once again the known compulsive liar Joe Biden trying vainly to look like a “hero”.

Biden lies. h**l, the entire administration lies! Zawahiri is either alive or has been dead for awhile.

It cannot be confirmed and most of all a very dubious method of killing Al Zawahiri, who’s been killed or died 3 times before. My question is, do we have assets in Afghanistan? Where was the drone launched from? Afghanistan is a landlocked country too far from the sea and Tajikistan and all the stan countries north of Afghanistan are pro Russia. Pakistan perhaps? What I know about drones is it has limited flight time because they can’t carry enough fuel. Drones are normally launch locally from area of operation while the operator can be thousands of miles away in the USA. I don’t trust any DemocRat and I don’t trust any of the US intelligence complex who has lied to us over and over.