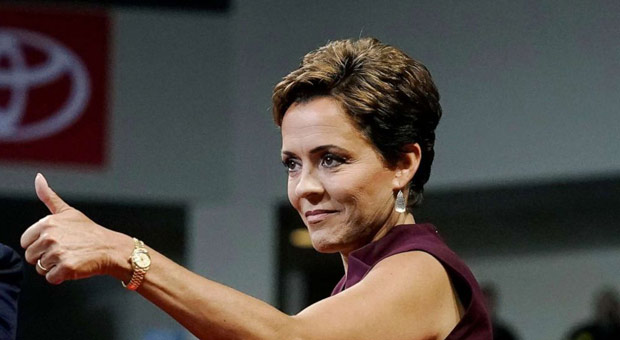 The Arizona Court of Appeals has ordered an expedited conference for February 1 in Kari Lake’s lawsuit to overturn the election In Arizona.

The scheduled January 24 for a conference and oral argument in Kari Lake’s appeal against Maricopa County Superior Court Judge Peter Thompson’s dismissal of her lawsuit to overturn the result of the 2022 Midterm election.

The court date would likely have been in March, according to reports.

However, the court issued a new order, setting the conference date and agreeing to consider Lake’s ‘Petition for Special Action.’

The Maricopa County 2022 Election saw over 50% of tabulators and printers failing as polls opened, which resulted in voters being turned away, creating long wait times.

Clay Parikh, a cybersecurity expert, argued this was intentional and was used to disenfranchise Republican voters.

“Our appeal is scheduled to be heard before the court on February 1.

Do not underestimate @KariLake’s desire to get justice for the people of Arizona.

It doesn’t matter how long it takes.

She will see this through.”

RELATED: Kari Lake Vows to Fight ‘Thieves’ in AZ: “They Messed with the Wrong B**ch!”

The Arizona Court of Appeals agreed to expedite consideration of Republican gubernatorial candidate Kari Lake’s lawsuit, alleging that the 2022 election was flawed.

In a brief order issued on January 9 and made public the next day, the court ordered a reset of “the matter for conference on February 1, 2023,” and agreed with Lake’s arguments that her challenge should be handled as a “special action petition.” The court date was reportedly scheduled for March.

Lawyers for Democrat Arizona Gov. Katie Hobbs, the state’s former secretary of state, has until January 17 to respond and argue why Lake’s challenge should be rejected, according to the order. Lake had petitioned both the state’s Appeals Court and Supreme Court after a Maricopa County judge rejected her case after a two-day trial in December.

But earlier this month, the Arizona Supreme Court denied Lake’s petition to transfer her election lawsuit to the high court and said it will be heard before the Appeals Court first.

A Maricopa County judge, Peter Thompson, threw out Lake’s lawsuit on December 24 and said she did not produce enough evidence, but he ruled that Lake should not be sanctioned and fined hundreds of thousands of dollars. Days before that, Thompson tossed out 8 of Lake’s 10 election claims.

Appeals for “justice” will increasingly fall on deaf ears as Soros sponsored LOONS fill the court and D.A’s offices around the country. You can’t expect “justice” from a nutcase who thinks MEN MENSTRUATE.