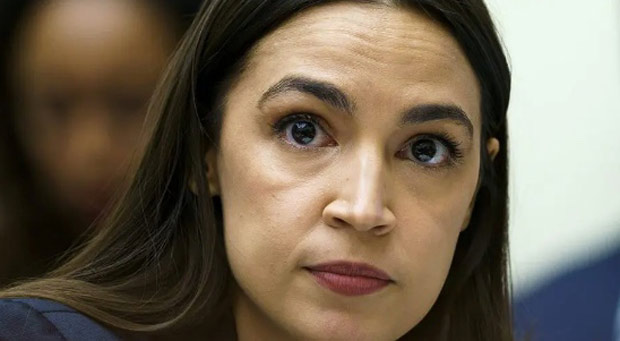 AOC mocked Rep. Ronny Jackson, R-Texas, after he tweeted he would never give up his gas stove on Monday.

The heated exchange went viral, with many slamming Ocasio-Cortez for her claims.

“Did you know that ongoing exposure to NO2 from gas stoves is linked to reduced cognitive performance?” Ocasio-Cortez wrote in response to a tweet from Jackson.

Jackson vowed that he would rather die than give up his gas stove.

“I’ll NEVER give up my gas stove. If the maniacs in the White House come for my stove, they can pry it from my cold dead hands. COME AND TAKE IT!!”

According to the U.S. Consumer Product Safety Commission commissioner, the agency is considering banning gas stoves over environmental and health concerns.

Ocasio-Cortez took the brunt from politicians and conservative activists who asked the congresswoman how many stoves she owned.

Ocasio-Cortez argued that the “proposal” to ban gas stoves was perfectly reasonable.

“The way we are handling it in NYC isn’t to force people to switch what they already have. Folks can keep their appliances, and new buildings in NYC will have gas-free stoves. As for federally, any proposal from the CPSC would go through a quite lengthy review and input process,” she said.

Tutora also joked that the gas stove will be one of the many luxuries banned by the Biden administration: “Dems will be banning the wheel next.”

“Is this an attack on @GordonRamsey,” Republican Congressional candidate Max Avery tweeted.

“How many [gas stoves] do you have?” actor Matthew Marsden asked.

Freedom Speaks Up CEO Seth Weathers tweeted that Ocasio-Cortez might need to check herself for brain damage after using a stove that uses gas. “Is that what happened to you?”

Virginia state Delegate Nick Freitas said cooking at home was an important part of living in a free society:

“Did you know that it’s a lot harder for the government to arbitrarily cut off your access to power if you’re using gas as opposed to electric? Or is that really the point?”