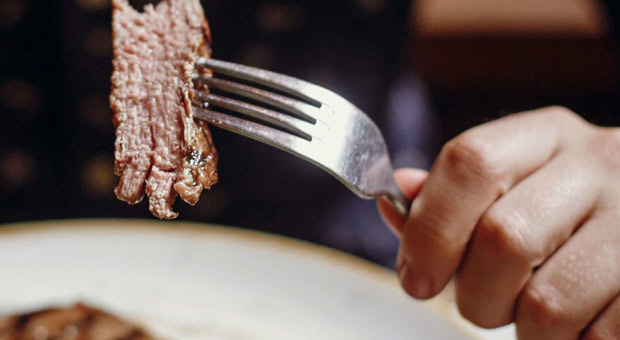 Animal rights group PETA has called for meat-consuming men to be banned from having sex.

PETA called for a “sex ban for all meat-eating men” while urging women to “go on sex strike to save the world.”

“We all know them, the suburban fathers with beer bottles and barbecue tongs, sizzling 70c sausages on their €700 grill,” Daniel Cox, campaigns team leader for Peta Germany, said.

“The courgette added by the visitor is eyed with suspicion and only reluctantly tolerated,” Cox added.

“The fact that Germany’s ‘grill masters’ believe they have to prove their masculinity to themselves and their fellow species through their consumption of meat is not only to the detriment of the animals, however,” he said.

“Now there is scientific proof that toxic masculinity also harms the climate. Therefore, a hefty meat tax of 41 percent for men would be appropriate. A ban on sex or procreation for all meat-eating men would also be purposeful in this context,” Cox continued.

It added that every child not born saved 58.6 tonnes of CO2 a year.

“For all the still meat-grilling dads who still want children with a liveable future on a liveable planet, we recommend changing your lifestyle by joining our free Vegan start programme,” Peta said.

The organization referred to prominent French Green MP Sandrine Rousseau’s comments branding the outdoor grill as a ritual that reeks of virility, male meat-eating compulsion and power over women.

“If you want to resolve the climate crisis, you have to reduce meat consumption, and that’s not going to happen so long as masculinity is constructed around meat,” the self-declared “eco-feminist,” said.

As GBNews notes: The UN has said that the rearing of livestock generates 14 percent of all greenhouse gas emissions and calls on governments to create incentives for people to eat less meat.

Such incentives should not include a sex ban, said critics of Peta’s demand, which today made the front page of Bild, Germany’s best-selling newspaper.

Social media users rubbished the idea, and conservative politicians were also critical. Stefan Müller, an MP for the Christian Social Union party, told Bild: “Peta doesn’t even stop at the bedroom any more in the fight for attention.”

The push to ban meat consumption comes weeks after the Dutch city of Haarlem announced a ban on meat advertising due to its supposed impact on climate change, officials said Wednesday.

The city near Amsterdam has agreed to outlaw ads for intensively farmed meat in public places from 2024.

“It will be the first city in the Netherlands — and in fact, Europe and indeed the world — to ban ‘bad’ meat ads in public places,” Ziggy Klazes, councillor for the GroenLinks (Green-Left) party who drafted the motion, told AFP.