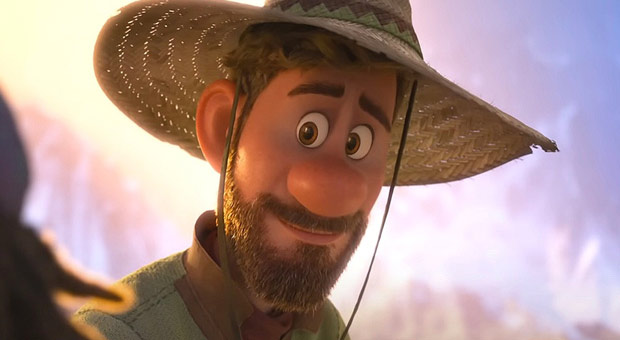 Now the movie faces massive criticism for what parents say is forcing a progressive ideology on children.

As we reported on Friday, “Strange World” opened to a disappointing $4.2 million earlier this week and is expected to make less than $24 million in its first five days.

The animation film also racked up $180 million in production costs.

The film could even finish below the studio’s 2002 flop Treasure Planet, which grossed just $ 16.6 million.

According to The Wrap, the animation movie has a 73 percent critic score on Rotten Tomatoes, and the film has a ‘B’ rating on CinemaScore from opening day audiences.

The film now sets to be the first Disney animated film to get below an A-minus.

A Rotten Tomatoes reviewer wrote: “If I want to teach my children about sex and or sexual preferences at 7 and 8, I would do it in my home. I don’t need a Disney movie to help me out with it. STOP making everything sexual, its unbelievable.”

One Twitter user wrote: “First Lightyear and now Strange World. Disney and Pixar releasing woke flops, one after the other. How many box office bombs before Disney learns?”

Patrick Bet-David wrote: “Took the kids to the movies today to watch a Disney cartoon called Strange World. Within 10 minutes of the movie, my 10 year old son said, ‘Dad, I have no desire to watch this movie. Can we leave?’ We left. The leaders at Disney have forgotten who the PAYING customer is.”

Eric July added: “Disney’s new movie, Strange World is flopping at the box office. Mainstream creatives don’t care about these projects being successful so long as they spite the audience and their ideological enemies.”

The news comes weeks after Disney stock crashed to new lows amid reports the entertainment giant is planning layoffs, travel limitations on its employees, and a hiring freeze.