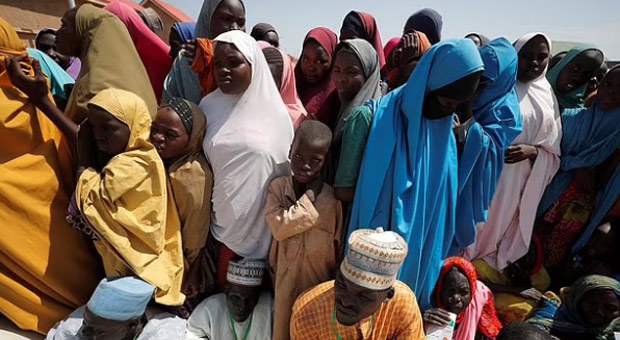 Around 40 Nigerian women were held in a village near Gwoza town in Borno State on Saturday after jihadist commander Ali Guyile accused them of being witches following claims their children ‘died suddenly’ overnight.

According to some residents, the commander accused the women of using witchcraft which he claims caused the death of the children.

Guyile ordered the arrest of the women from homes known to practice witchcraft, said Talkwe Linbe, one of the accused women.

Linbe described how she managed to escape before fleeing to the regional capital Maiduguri after the killing of 14 Nigerian women on Thursday.

“He said would investigate our involvement in the deaths of his children and give appropriate punishment if found guilty. On Thursday, he ordered 14 of us shot,” the 67-year-old woman said.

“I was lucky not to be part of it and my boyfriend, among the men guarding us, helped me escape that same night,” she added.

Nigeria, a religiously conservative country divided between the primarily Muslim north and Christian south, is known to accuse women of witchcraft.

Despite witchcraft being entrenched in society, many people in the country abhor witchcraft, and a section of the Nigerian criminal code still forbids its practice.

TRENDING: Kari Lake ‘Defeat’ Might Not Be Final – Recount ‘Possible’ in Next Few Days

On Saturday, it was reported 12 more women were slaughtered accused of being witches, other relatives said.

“I received a call from Gwoza informing me that my mother, two aunts and nine other women were massacred on the orders of Ali Guyile, who accused them of being witches who killed his three children,” Abdullahi Gyya, who lives in Maiduguri told AFP.

As The Mirror notes in its report:

Boko Haram seized Gwoza in July 2014, and despite being retaken by Nigerian troops the following March, the jihadists continued to raid nearby villages.

The town became the headquarters of Boko Haram’s short-lived caliphate.

Boko Haram’s decade-long campaign of violence has killed 27,000 people and displaced about two million in Nigeria.

The fate of the other female detainees is currently unknown, and the relatives did not specify how the women died, but the term they used often refers to jihadists slitting victims’ throats.