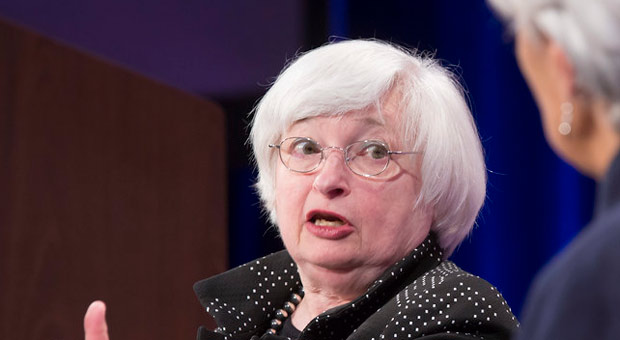 In a letter, Yellen told House Speaker Kevin McCarthy that the debt ceiling, an arbitrary cap on the national debt, exceeded the statutory limit of nearly $31.4 trillion.

In an interview with the Associated Press, Yellen said House Republicans calling for spending cuts are risking a “self-imposed calamity in the United States and the world economy.”

“This is about paying bills that have already been incurred by decisions with this and past Congresses, and it’s not about new spending,” she said, adding that sustainable expenditures cannot be “negotiated over whether or not we’re going to pay our bills.”

Yellen said withholding a debt ceiling hike until more spending cuts occur is “a very irresponsible thing to do,” adding it could have severe consequences even before “the day of reckoning.”

READ MORE: Adam Schiff Officially in PANIC MODE Over Committee To Investigate the Weaponization of Government

Her letter adds that investments into the Civil Service Retirement and Disability Fund and the Postal Service Retiree Health Benefits Fund have been suspended; the “extraordinary measures” by the Treasury Department to keep the government solvent are expected to last until June.

Nevertheless, Yellen predicts lawmakers will defuse the situation because of the economic calamity spurred by the federal government defaulting on obligations.

“Beyond the possibility of a default, diminished trust in the government’s ability to repay debt can also cause “markets to become quite concerned,” she continued.

Over the past several decades, the government has relied upon sizable budget deficits to continue deficit-driven expenditures.

According to data from the Treasury Department, Social Security, Medicare, and other health initiatives constituted 46% of the federal budget during the last fiscal year.

Last week, Yellen said in another notice that “failure to meet the government’s obligations” would mean “irreparable harm” to the domestic economy and the global financial system.

“Presidents and Treasury Secretaries of both parties have made clear that the government must not default on any obligation of the United States,” she wrote.

“Yet the use of extraordinary measures enables the government to meet its obligations for only a limited amount of time.”

“Instead of attacking his political opponents, President Biden should be spending this time working with House Republicans to address the debt ceiling in a way that imposes some fiscal sanity. Otherwise, the President is simply scheduling America’s next debt crisis,” he continued.

“We can find commonsense solutions to halt reckless spending, put American’s finances on stable footing, and ensure we meet our debt obligations.”

READ MORE: Trump Warns GOP: Do NOT “Cut a Single Penny from Medicare or Social Security”