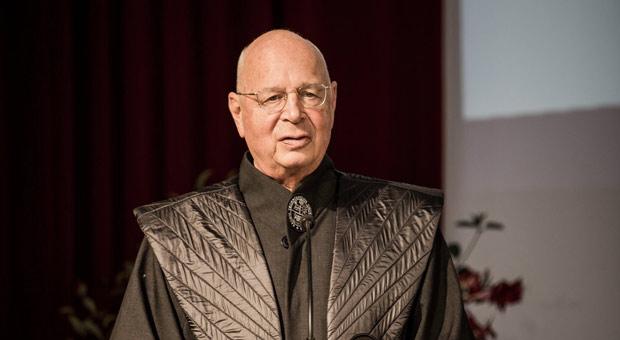 Klaus Schwab’s World Economic Forum has published a new article suggesting it would be “solid” and “rational” to microchip children.

A blog post on the WEF website focuses on the future of augmented reality and an “augmented society.”

The article reads: “As scary as chip implants may sound, they form part of a natural evolution that wearables once underwent. Hearing aids or glasses no longer carry a stigma.”

“They are accessories and are even considered a fashion item. Likewise, implants will evolve into a commodity,” Philips writes.

The article also pushes the notion of the ‘inevitably’ of augmented humans and the need to “ethically” regulate it.

The technology needs “the right support, vision, and audacity,” writes the same group planning to bring AI censorship to online content. As we reported last week, The WEF also revealed plans to combat “disinformation and hate speech” by using “human and artificial intelligence” in the group’s so-called battle against “the dark world of online harm.”

“The augmenting technology will help in all stages of life: children in a learning environment, professionals at work, and ambitious senior citizens. There are many possibilities,” writes Philips.

“Should you implant a tracking chip in your child?” asks the scientist, adding, “There are solid, rational reasons for it, like safety.”

In The World Economic Forum chief Klaus Schwab’s book – The Great Reset’, he wrote the fourth industrial revolution would “lead to a fusion of our physical, digital and biological identity,” later clarified as implantable microchips that can read humans’ thoughts.

Earlier this year, at the annual Davos meeting, Pfizer CEO Albert Bourla explained to Schwab how soon there would be “ingestible pills” with a tiny microchip chip that would send signals to relevant authorities when consumed.

“It wasn’t that long ago that those speculating on a future where this is happening would get dismissed as conspiracy theorists, but now the world elites’ most vocal outlet is predicting that chip implants will eventually become just a commodity,” writes Didi Rankovic.

Imagine the compliance??? How about imagine the governmental abuse. I guess HIPAA isn’t a law anymore to them.

Isn’t interesting how these authoritarians always start with the “safety” angle?

First of all…is that Schwab, in the picture? Where does he buy his clothes, at Cult Leaders R Us? Second…that LAST thing you want to do is give “authorities” another way in which to track your location and activities. At LEAST one can put down one’s cell phone and be anonymous now and then. A chip would end that, too.

Come on man! Obviously Schwab was at a costume party, where he was dressed up as one of Emperor Palpatine’s buddies.

Pretty much anytime the WEF makes a request of the population, we should immediately push back and resist.

We all know their end goal and plan, and it doesn’t involve anything good for the world population (given what’s already happened).

I can assure you if my kids and grandchildren were given that pill, I’d administer a pill to the Doctor and Nurse responsible. Too may folks are just following the “Law” these last days.

Mark of the Beast stuff.