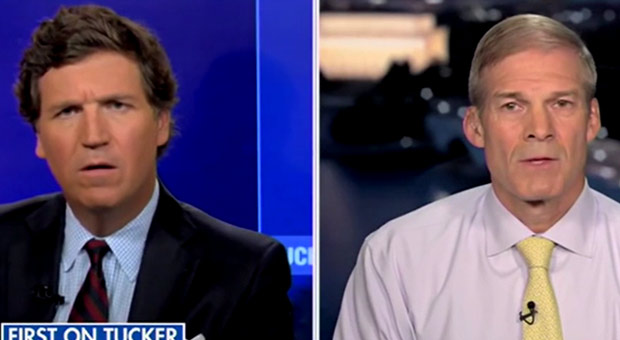 According to the whistleblower, the FBI is creating a false narrative by reclassifying January 6 cases as separate instances of “domestic terrorism.”

As a result, the FBI is moving agents off of child sexual abuse investigations in pursuit of political investigations, according to the whistleblower.

Via the House Judiciary GOP:

The FBI whistleblower described how a “manipulative” practice by the FBI overstates the “domestic violent extremism” (DVE) threat nationwide by categorizing Jan 6-related cases as originating in field offices around the country rather than “stemming from a single, black swan incident” in Washington, D.C.

Jordan told Tucker the agent claims the FBI is cooking the books and making it appear like there are cases across the nation, when in fact, all the cases are from the single black swan event on January 6.

Jordan said the whistleblower was suspended from his duties.

Earlier this year, FBI director, Christopher Wray, said that the FBI considers the January 6 Capitol attack an act of “domestic terrorism,” suggesting “serious charges” were on the way.

Wray said that “almost none” of the 500 people charged for January 6 had previously been under FBI investigation.