Ukraine Secures an Extra $1.1 Billion After Further Pleas for Aid 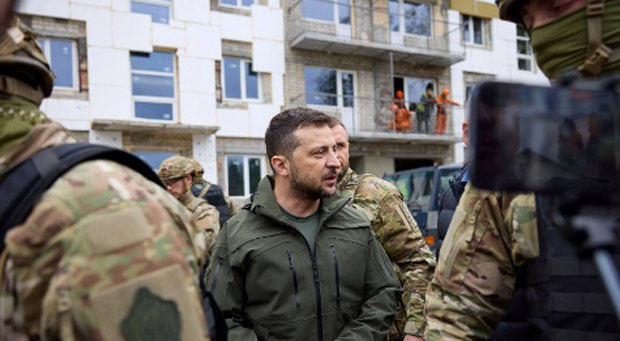 Seventy countries have now pledged an additional one billion euros ($1.1 billion) in emergency winter aid to Ukraine, according to reports.

The news comes days after President Volodymyr Zelensky issues fresh pleas for funds to help his country withstand the winter ahead.

The pledges came as France hosted a global meeting in Paris to discuss what could be delivered to Ukraine, which included energy, health, water, and food during Ukraine’s cold winter.

The money is added to the billions already sent to the country.

As The Daily Fetched reported in October, the Biden White House announced another new weapons package worth $275 million for Ukraine, bringing the total cost of military aid to $18.5 billion sent to the country since January 2021.

Blinken added that the drawdown would boast weapons from the Pentagon’s inventories.

The Patriot would be the most advanced surface-to-air missile system the West has provided to Ukraine in its war with Russia since the invasion of Feb. 24.

White House and Pentagon leaders have said consistently providing Ukraine with additional air defenses is a priority, and Patriot missiles have been under consideration for some time, in a move first reported by CNN.

An online portal has also now been established for the world to directly send money to Ukraine, AFP reports.

The digital platform, announced by G7 leaders on Monday, will enable Ukraine to list its requirements and allow international donors to coordinate their responses in real-time by sending quantities of cash.

A similar platform exists for military aid, which is coordinated via meetings of Ukraine’s Western allies at the U.S.-run Ramstein military base in Germany.

Out of control, grossly misappropriating funds with zero benefits. Not in our best interest, but only for the Democrats enriching themselves. The fox is in the henhouse stealing the last of our precious reserves. Sam Fried is getting 115 years for his embezzling the peoples money, so should those in the Democrat party.