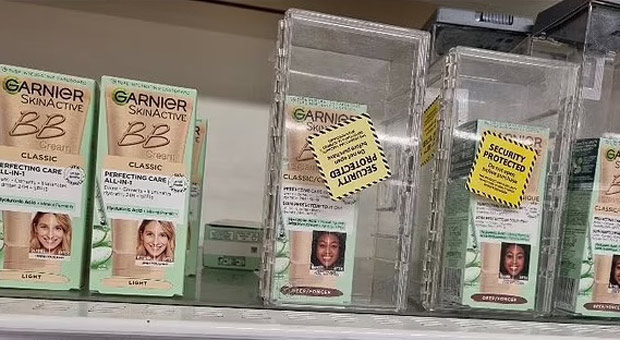 A popular supermarket chain in the UK has apologised after shoppers complained security tags were placed on cosmetics for black skin but not lighter tones.

However, only the ‘deep’ skin tone product had been placed inside a security box, with the ‘light’ shade untagged.

Mother-of-three Natalie Westgate complained to the store after spotting security measures on the makeup.

Westgate described it as “racist” and “absolutely disgusting.”

“I understand you have to security box items but do you think it is ok to only have the dark range security boxed and not the entire range,” she said to Tesco.

“Please ask your race and ethnicity network and Black Voices Advisory Group what they think to security only boxing the dark range then get back to me,” she said.

The supermarket responded on Twitter, saying “stores may sometimes use security tags on items which have recently been subject to theft, and the decision to do so changes from store to store.”

A spokesperson for Tesco said it was “human error” and apologised for the store’s alleged “racism.”

“It’s really important to us that Tesco is a place where everyone feels welcome, and the tags have now been removed,” they told The Sun.

This is not the first time Tesco has been accused of racism.

In 2020, the store drew accusations of racial profiling and fuelling discrimination after displaying anti-shoplifting signs in Romanian.

The development came to light after a Romanian woman in the UK shared an image of the posters in a Tesco supermarket on social media. Her post was subsequently picked up by Romanian media.

The signs at Tesco’s Telford branch, in the English Midlands, warned would-be Romanian thieves of prosecution.

They were used in 2019 and produced by the local West Mercia police department.

“Hoții din magazine prinși for fi urmăriți penal” (Shoplifters caught will be prosecuted) said the posters, which were placed along aisles with expensive items, such as alcohol.”