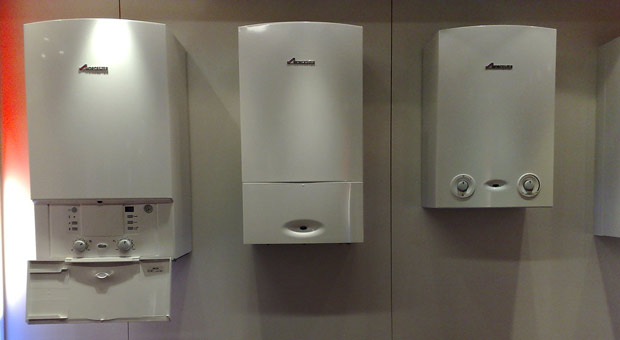 The British government has called for all new gas-powered boilers to be banned within the next ten years, according to a report on net zero goals.

The Independent Review of Net Zero, written by Conservative (Tory) MP Chris Skidmore, has called for a radical transformation of homes in the UK, calling for a complete ban on the sale of new gas boilers, replacing them with more environmentally friendly heat pumps.

The report was commissioned by former prime minister Liz Truss, who was poised to lift the ban on domestic fracking, ultimately killed off by current premier Rishi Sunak.

Skidmore admitted in the report that such a move would be an expensive process, hitting already struggling Britons with an estimated £4,000 to £6,000 by the year 2040.

The report also acknowledged that up to 500,000 households would not see any savings from the transition at all.

The parliamentary climate change committee said the cost of replacing gas boilers with heat pumps could be as much as £26,000 per household but touted the benefits of the net zero plans.

The report also called for an “onshore wind revolution” and a “rooftop revolution” to increase solar panels by 500 percent by 2035 to lessen the UK’s dependency on foreign energy.

“There is no denying the fact that, 42 months on from the UK signing net zero into law, we are now in a net zero race. To stand still, delay or maintain the status quo is not an option,” Skidmore insisted in The Telegraph.

“We have reached a tipping point. The risks of ‘not zero’ are now greater than the associated risks of taking decisive action on net zero now,” the Conservative MP asserted.

“My own view is that the costs are likely to be much higher,” he said. “Net zero is incredibly important, and I think it critical to tell the public that this is likely to mean they must pay for the pollution they cause and save to fund and finance the investment.”

Meanwhile, the director of Net Zero Watch, Andrew Montford, told TalkTV that the green agenda report failed to address engineering challenges in such an overhaul.

“[Chris Skidmore’s] report is mumbo jumbo, it’s management speak, it’s a lot of waffle and doesn’t present the challenges of net zero, which would be a disaster for our economy if we actually attempted it. Unfortunately, we are going to attempt it,” he said.

These recommendations come as the United States debate whether the future of gas stoves is viable, with Joe Biden’s Consumer Product Safety Commissioner, Richard Trumka Jr, signaling a ban could be on the horizon.