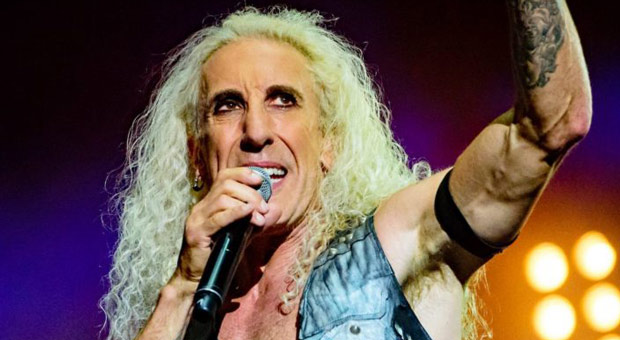 Twisted Sister lead singer Dee Snider joined a long list of so-called “anti-establishment” rockstars who once claimed to be against the system but have since rolled over like little lap dogs to please their corporate overlords.

Dee Snider trashed supporters of former President Donald Trump for hijacking his iconic song “We’re Not Gonna Take It,” even though the singer performed the song with the entire Trump family in 2016.

In a now-viral tweet, Snider denounced “MAGAT Fascists” for supposedly stealing his “anti-authority” anthem. The irony!

“ATTENTION QANON, MAGAT FASCISTS: Every time you sing ‘We’re Not Gonna Take It’ remember it was written by a cross-dressing, libtard, tree hugging half-Jew who HATES everything you stand for. It was you and people like you that inspired every angry word of that song! SO FUCK OFF!” he tweeted.

But Snider’s tweet did escape the wrath of Twitter, with many Conservatives tweeting a video of him performing the hit song alongside the Trump family.

Snider joins the likes of Neil Young, Elton John, Ozzy Osbourne, and the Rolling Stones, who denounced Trump for using their music at campaign rallies.

The song “We’re Not Gonna Take It” was first used in response to the authoritarian mask mandates, when a group of anti-maskers played the hit 80s song while parading around target.

“No…these selfish a**holes do not have my permission or blessing to use my song for their moronic cause. #cuttheshit,” Snider tweeted in 2020.

Snider also scolded unvaccinated Americans and even expressed support for vaccine mandates at his concerts.

“Your chance of making me sick is an invasion of my privacy, so fuck you,” he said.

“If you don’t like it, find your own band. Ted Nugent is out there somewhere. Kid Rock is welcoming you. … You don’t have a right to infect me.”

“HEY IDIOTS! READ THE 1ST LINE: “We’ve got the right to CHOOSE!” This is a PRO-CHOICE anthem you or co-opting. It was NEVER intended for you fascist morons! As the songwriter & singer I DENOUNCE EVERYTHING @KariLake STANDS FOR! Write your own damn song!” he tweeted.