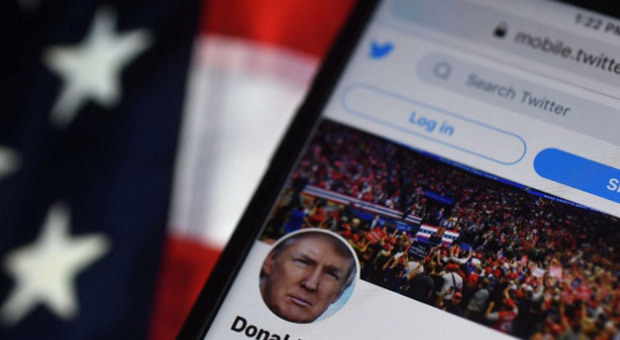 Not long after Elon Musk reinstated Donald Trump’s Twitter account, the former President’s followers more than doubled from 25.1 Million followers to 52.1 in the space of an hour.

As of Writing, Trump’s Twitter followers stand at approximately 52.1 million followers see below:

But an hour before the above screenshot was taken, Trump’s Twitter following stood at 25.1 Million followers; see below:

As we reported earlier, The Daily Fetched official Twitter account, which has been following Trump’s account since 2016, was no longer following the 45th President (we did not at any point unfollow Trump), but we have since manually re-followed him.

We also had reports of accounts that no longer follow Trump, even though they were when the President was banned from the platform.

TRENDING: WEF’s Klaus Schwab To Elites at G20: We ‘Need To Restructure The World’

Musk restored Donald Trump’s Twitter account on Saturday following a poll asking users if the former President should be reinstated.

The poll elicited over 15 million votes with 51.8 percent in favor of Trump’s account being reinstated, while 48.2 percent voted “no.”

Musk also mulled the option of utilizing more polls to help gauge support for potential actions. He also told one user that he could add a feature to be able to poll all active users in a country, Fox News noted.

Earlier this month, Trump said he had no reason to return to Twitter.

“Truth Social has been very, very powerful, very very strong, and I’ll be staying there,” he said, in an video discussion with the Republican Jewish Coalition.

“But I hear we’re getting a big vote to also go back on Twitter. I don’t see it, because I don’t see any reason for it.”