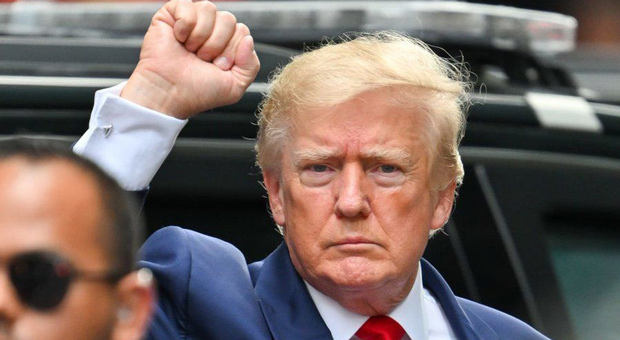 Former President Donald Trump’s resolve to “push back on corruption” has been strengthened by the FBI raid on his Mar-a-Lago home, Rep. Michael Cloud (R-Texas) said.

Cloud joined a growing number of members of the Republican Study Committee who met with Trump over dinner at his golf club in Bedminster, New Jersey, following the raid.

The raid has been described by Trump and his allies as a Democratic attempt to stop him from running for president in 2024.

“Not only has the FBI’s raid of President Trump’s home fueled his spirit and energized his supporters—but for those on the fence, it’s pulled back the curtain on the deep partisan bias which has become entrenched in much of the bureaucracy,” Cloud told The Epoch Times.

In a statement earleir this week, Trump said that “a large group of FBI agents” raided his home at Mar-a-Lago in Palm Beach, Florida.

The 45th president said the raid was a “weaponization of the justice system” and an “attack by the radical left Democrats who desperately don’t want me to run for president in 2024.”

Trump’s representatives were also prevented from overseeing the raid and removed boxes of documents from Mar-a-Lago.

As we reported earlier this week, Trump suggested the FBI may have been ‘planting’ evidence during the highly publicized raid at his Mar-a-Lago home in Florida.

The former president wrote on Truth Social post on Wednesday:

“Why did they STRONGLY insist on having nobody watching them, everybody out?” said Trump.

The raid is allegedly connected to a Department of Justice (DOJ) exploration into whether Trump took presidential records after leaving office in 2021.

Trump has cooperated with the National Archives and Records Administration on the matter, his representatives have repeatedly said.

The White House had denied having had any knowledge of the FBI raid before it was executed.

“The FBI has become partisan and this doesn’t pass the sniff test by any sort of means that we’re raiding the house of a former president,” Cloud said.

“This is the kind of thing that shouldn’t be happening in the United States,” he added.

“I’m not trying to appoint unfounded allegations, but we’ve seen the FBI participate in the spreading of disinformation leading up to a presidential campaign,” Cloud said.

“And we’ve seen them, even before President Trump was in office, work to help spread this Russian collusion narrative. They participate in this while turning a blind eye to Hunter Biden’s (laptop) story, calling it discrimination. And meanwhile, they’re targeting parents at school board meetings.”

The FBI also ignored “what was going on with Hillary Clinton having classified documents on a server in her home,” Cloud added.

“The American people are rightfully not trusting of the FBI at this point,” Cloud said.

“Even if they come out with a reason, it’s hard to take it at face value right now because we’ve seen the bad actions that have happened over the last several years.”

Cloud pointed out that the FBI’s unprecedented move against Trump has not happened to any other former president of the U.S.

“We’ve got a job as the Oversight Committee to push back on this and to really get to the bottom of what’s going on and to help bring sunlight to the corrupt actions that are going on and then to work to get it out,” Cloud added.

“Already this week, the Oversight Committee has sent a letter to the National Archives to preserve their records for anything involving this,” Cloud continued.

“We need to look at revising our house rules to allow for something called the home run rule that would allow us to zero out the budgets of individuals and bad actors in our government. We’ve got a lot of work to do to restore the trust of the American people in this government,” he said.