Trump Warns GOP: Do NOT “Cut a Single Penny from Medicare or Social Security” 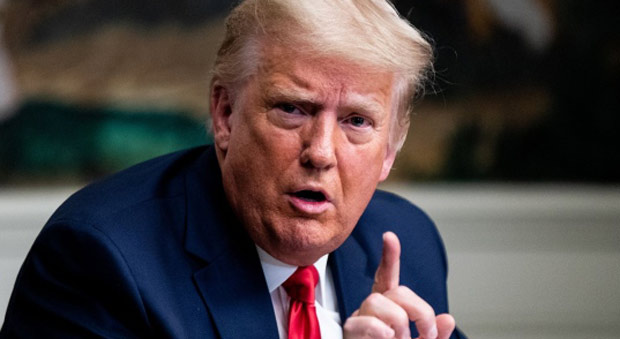 Trump said the Washington bureaucrats should bear the pain of President Biden’s reckless spending on “left-wing lunacy,” not senior citizens.

“Under no circumstances should Republicans vote to cut a single penny from Medicare or Social Security to help pay for Joe Biden’s reckless spending spree,” Mr. Trump said in a video on Truth Social.

Trump made it clear in the 2016 presidential race that he would oppose cuts to entitlement programs.

He stood by what he said.

However, Trump’s stance puts him at odds with RINOs, including then-House Speaker Paul Ryan, who sought to bring more fiscal sanity to the federal government by calling for sweeping reforms to Medicare.

In his social media post, Trump said lawmakers save taxpayers’ money by stopping the flow of dollars going to “corrupt foreign countries,” strengthening border security to reduce the money spent on illegal immigrants, clawing back spending on “climate extremism,” and cutting “waste fraud and abuse everywhere we can find it.”

“But do not cut the benefits our seniors worked for and paid for their entire lives,” Mr. Trump said.

“Save Social Security. Don’t destroy it.”

Trump said Democrats wish to “destroy” Social Security and said, “we are not going to let them do it.”

Us war veteran geezers can still get around … we had attitudes when we went to war for this country, and we haven’t changed one iota.

All my 75 years I have heard how the bureaucrats and dirtbag politicians in DC are the smartest people in the country with fancy degrees from fancy schools.

Okay, so here’s the deal. Tell these bureaucrats that their budgets are being cut to make the overall budget balance. If they can’t make the agencies work with the reduced funds, they obviously aren’t competent to do the job and should be fired and the agencies reorganized. It’s about time they are held responsible for efficiency and results. That’s how it worked at every private sector company I ever worked for.

the way you make ss solvent again is to deny non citizens ss payments. as of now, a foreigner can earn enough quarters to get ss. prob all the bennies like disability, too. and quartersare no longer defined by time (thereby requiring 10yrs of work), but by amount earned. i think like 5500 earnings makes a quarter. we need to collect from non cits but not pay non cits. retroactively back forever.

How much slushfund money has the garbage politicians in DC laundered in Ukraine ? Every dine of that should be cut out of the pretend negotiations and put directly into the social security funds to be be paid to only those who have paid into it. No more free handouts to illegals or any dead weight.