Trump to Biden: ‘End War in Ukraine’ or Face WWIII 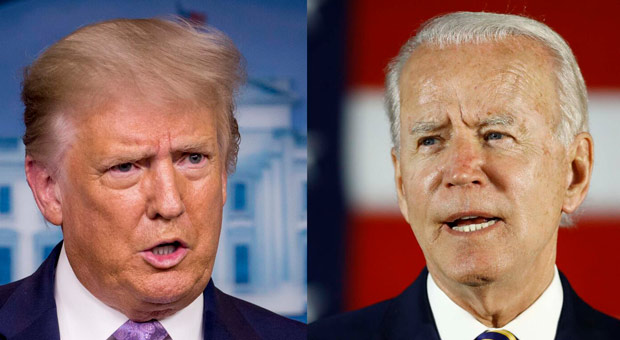 Former President Donald Trump has warned that the world is facing a nuclear WWIII if President Joe Biden does not immediately begin negotiating peace in Ukraine.

“We must demand immediate negotiation of a peaceful end to the war in Ukraine. or we will end up in World War Three,” Trump told a rally in Mesa, Arizona, on Sunday, October 9.

‘We will never have had a war like this and that’s all because of stupid people that don’t have a clue,” Trump said.

“And it’s also because of the kind of weaponry that’s available today. We never had weapons like this, the destructive capability of weapons, modern weapons. I know more about it than anybody because of the fact that I rebuilt our military,” the former president added.

Admiral Mike Mullen, a former chief of staff at the Pentagon, echoed Trump’s calls for peace, saying, “The sooner the better as far as I’m concerned.”

“We have a president who is cognitively impaired and in no condition to lead our country and is now casually talking about nuclear war with Russia, which would be WWIII and far more devastating than any of the previous wars because of the weaponry that no one even wants to think about or discuss,” Trump said.

Trump’s speech came a day after a critical bridge to Crimea was damaged in an attack – most likely carried out by U.S.-backed Ukrainian forces.

The attack signaled an escalation of the war because the bridge is the only route from Russia to the Crimean peninsula that does not go via territory within Ukraine’s pre-war borders.

Russia regards the Crimean as vital to the security of its coastline along the Black Sea, making it a key issue in the war.

But the U.S. supports Ukraine’s claim to own the Crimean peninsula, captured in 1783 by Catherine the Great from the Turks.

Putin has issued multiple threats to use nuclear weapons to regain his lost advantages:

“I want to remind you that our country also has various means of destruction … and when the territorial integrity of our country is threatened, to protect Russia and our people, we will certainly use all the means at our disposal … It’s not a bluff,” Putin said.

Meanwhile, U.S. officials dodged questions about whether Russia will soon begin preparations to use nuclear weapons.

“We have not seen any reason to adjust our own strategic nuclear posture, nor do we have indications that Russia is preparing to imminently use [emphasis added] nuclear weapons,” White House spokeswoman Karine Jean-Pierre said on October 7.

Last month, Putin attacked ‘satanic’ Western leaders saying they have made the leap from ‘sanctions’ to conducting ‘terror attacks,’ accusing them of sabotaging the Nord Stream pipeline under the Baltic sea.

The Russian leader also slammed the U.S. for being the only country to have ever used nuclear weapons against another nation, saying it left a ‘terrible mark on the history of Korea and Vietnam.’