Trump Outlines Plan to Destroy the Deep State: ‘We Need to Fire the Swamp’ 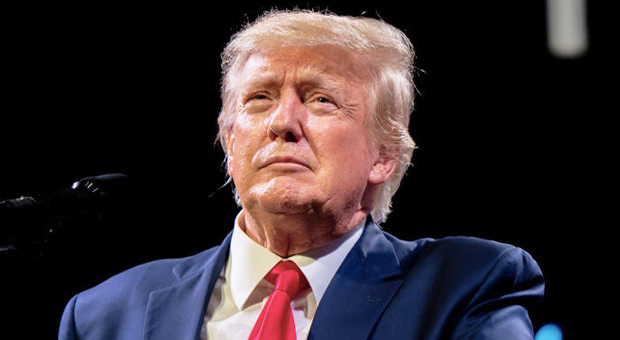 According to the 45th president’s prepared remarks, obtained by Breitbart, the speech by Trump will read:

“To drain the swamp, we need to fire the swamp. With schedule F, I took executive action to make it possible to fire federal employees who are bypassing our democracy to advance wokeism and corruption,” Trump plans to say.

“We now need Congress to institute historic reforms to permanently empower the President to root out the Deep State, and ensure that any bureaucrat who is corrupt, incompetent, or unnecessary can be told, ‘You’re fired,’” Trump will say.

The remarks by Trump will come a day after a report from Axios which claimed he is preparing to use the executive order to remove 50,000 government bureaucrats if elected in 2024.

As reported by Breitbart News:

If reelected in 2024, Trump plans to cut about 50,000 administrative state employees to rein in unelected technocrats in federal government agencies that have great influence over policies impacting American workers, according to the outlet.

The administrative state uses its shady methods by creating a so-called fourth branch of government that the Constitution does not create.

The former president refers to this “administrative state” as the “swamp.”

But Biden canceled the executive order as soon as he assumed office.

Trump said he also plans to expose the “climate crisis hoax” at his Turning Point speech on Saturday evening:

“We have to defeat the Climate Crisis Hoax once and for all. For decades, the left has made it a religious crusade to bully and scare young people into believing the world is ending because of climate change—or, in the case of AOC, that the planet is doomed in just 12 years. This is a total lie.”

The former president will target Biden for his threats to declare a national emergency over the alleged climate crisis.

“This very week, the White House has even threatened to declare a NATIONAL EMERGENCY,” Trump will say.

“But we don’t have a CLIMATE Emergency, we have an ENERGY emergency—caused by their climate fanaticism.”

“As we are now vividly seeing, the real threat to future generations is NOT Global Warming, it is the Green New Deal. Without abundant, reliable, and affordable energy, there is no civilization,” Trump will add.

[…] an interview, Fagan notes how frequently support for Trump and concerns about the election were cited as primary motivations for joining the January 6 attack […]