Trump on 2020 Election ‘Fraud’: Declare Me the ‘Rightful Winner’ 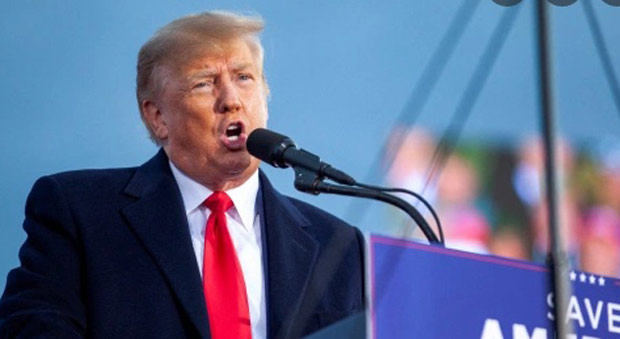 President Donald Trump offered a remedy to the 2020 election “fraud” and interference from the FBI, arguing he should be declared the winner.

Trump highlighted reports that the FBI worked to bury the Hunter Biden’s laptop story before the 2020 election.

“This is massive FRAUD & ELECTION INTERFERENCE at a level never seen before in our Country,” Trump wrote on social media.

The former president accused the FBI of deliberately trying to stop him from winning the 2020 election.

“REMEDY: Declare the rightful winner or, and this would be the minimal solution, declare the 2020 Election irreparably compromised and have a new Election, immediately!” Trump wrote.

It is unclear how a presidential election would be declared fraudulent and redone through the court system, and unclear whether it is even permissible by the Constitution.

As we reported last week:

Seventy-nine percent of Americans believe Trump would have won the 2020 election if Hunter Biden’s laptop had been known to voters, according to Technometrica Institute of Policy and Politics polling.

Seventy-four percent of Americans believe they were misled by the FBI, who claimed Hunter Biden’s laptop was “disinformation.”

When Americans were asked if they “agreed or disagreed the electorate did not have access to information that could have been critical to their decision at the polls,” 78 percent agreed. Twelve percent disagreed.

“Basically, the background here is the FBI, I think, basically came to us- some folks on our team and was like, ‘Hey, just so you know, like, you should be on high alert. We thought that there was a lot of Russian propaganda in the 2016 election,” Zuckerberg told Rogan.

“We have it on notice that, basically, there’s about to be some kind of dump of that’s similar to that. So just be vigilant,” the META CEO added.

The FBI did not deny Zuckerberg’s story.