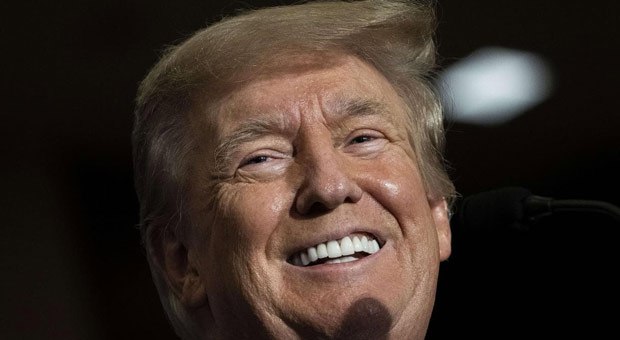 Former President Donald Trump trolled Joe Biden, saying the President is considering having to “move into a nursing home” because he contracted “dementia,” not “COVID.”

The 45th President commented on Truth Social after reports that Biden, who has had the fourth booster, caught COVID for the second time in two weeks.

“Joe Biden’s second bout of Covid, sometimes referred to as the China Virus, was sadly misdiagnosed by his doctors,” Trump wrote.

“He instead has Dementia, but is happily recovering well,” he added.

“Joe is thinking of moving, part-time, to one of those beautiful Wisconsin Nursing Homes, where almost 100% of the residents miraculously, and for the first time in history, had the strength and energy to vote.”

“…even if those votes were cast illegally,” Trump concluded.

Biden was released from isolation last week after he tested negative for the virus and finished a five-day course of Paxlovid.

It was announced on Saturday that Biden tested positive again but was not suffering symptoms, according to the White House.

Biden has experienced “no reemergence of symptoms, and continues to feel quite well” and will, as a result, not resume treatment, the White House said.

Meanwhile, many top Democrats are reportedly unconvinced that Biden can run successfully for re-election in 2024.

Democrats cite Biden’s apparent cognitive impairment, which only seems to worsen by the day.

According to an article by The New York Times, Biden’s double COVID diagnosis will “complicate his effort to turn his illness into a positive story.”

The Times also added that the diagnosis would delay his campaign trips in support of his allies from the Democratic Party.

Overall, the Times article was not optimistic about Biden.

The paper said that another example of Paxlovid causing a rebound COVID diagnosis would make Pfizer look bad.

The Times admitted that the number of rebound cases caused by the drug is “likely significantly higher” than Pfizer has currently acknowledged.