Trump Calls For Pulitzer Awards to Be Withdrawn from NYT, WaPo for “Russia Hoax Reporting” 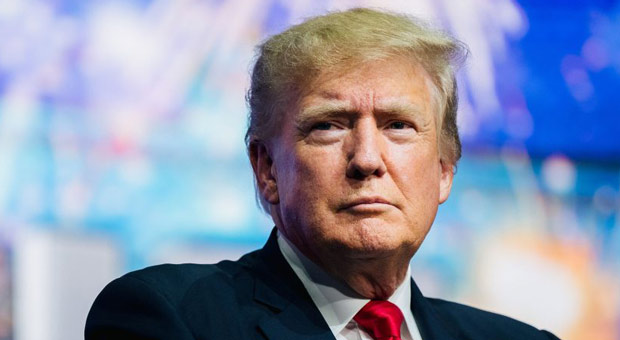 Former President Donald Trump has called for the Pulitzer awards, the highest national honor in print journalism, to be withdrawn from the New York Times and Washington Post for their reporting on the now debunked Russia’ hoax.’

In a Truth Social Post on Tuesday, Trump wrote:

“If we are going to clean up our filthy, dirty, corrupt, Fake News Media, the first thing that should happen is for the Pulitzer Awards to be immediately withdrawn from The Failing New York Times and Washington Post for the absolutely horrible and scandalous reporting done on the RUSSIA, RUSSIA, RUSSIA HOAX.”

“The reporting was neither good, nor accurate. It was malicious fiction, all part of the never ending Witch Hunt, and should be treated as such. Both now admit it was FAKE NEWS. RESCIND NOW!” Trump added.

Last July, The New York Times published a series of op-eds admitting they were wrong about the Russian collusion hoax.

“The Steele dossier and all the bogus allegations, credulously parroted in the mainstream media, that flowed from it” – that marred Trump’s presidency was an “elaborate hoax” and that “there’s just no other word for it,” NYT writer Brett Stephens wrote.

RELATED: Trump Issues Fresh Attack Against McConnell and Others Who ‘Vote with Him’

In December, Trump filed a defamation lawsuit against the Pulitzer Prize Board over the 2018 National Reporting prizes given to The New York Times and Washington Post for coverage of a “now-debunked theory” of alleged collusion with Russia.

The suit stated that a “demonstrably false connection was and remained the stated basis” for the coverage that received the prestigious award.

As Fox News reported at the time, the staff of the Times and Post shared the 2018 Pulitzer Prize for National reporting for “deeply sourced, relentlessly reported coverage in the public interest that dramatically furthered the nation’s understanding of Russian interference in the 2016 presidential election and its connections to the Trump campaign, the President-elect’s transition team, and his eventual administration,” according to the Pulitzer website.

“A large swath of Americans had a tremendous misunderstanding of the truth at the time the Times’ and the Post’s propagation of the Russia Collusion Hoax dominated the media,” the complaint states.

“Remarkably, they were rewarded for lying to the American public.”

I disagree with the President of the United States.
They were, by far, the best at echoing the government propaganda.

They won’t be rewarded for lying when they meet the King.