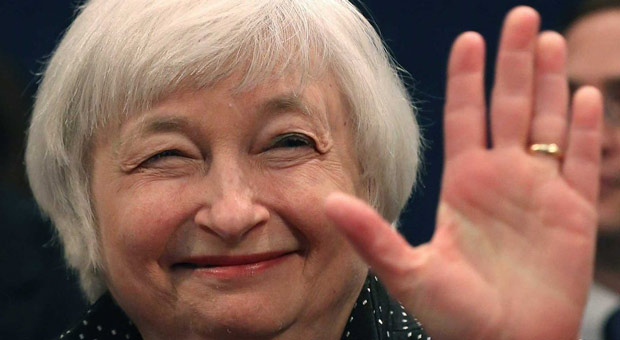 As The Daily Fetched reported on Wednesday, Treasury Secretary Janet Yellen unveiled the members who will advise the agency on how “to advance racial equity in the economy and address acute disparities for communities of color.”

The two committee members, Felicia Wong and Lorella Praeli, head four nonprofits that received over $15.7 million from George Soros’ OSF network between 2016 and 2020.

Wong is the author of several reports, making her more suitable to work for Communist dictatorships.

“True equity means equity of outcome, and not accepting the promise of ‘opportunity’ within a system that continues to systematically exclude,” Wong wrote.

Radicalization of The Treasury Department

A report co-authored by Wong titled “A New Paradigm for Justice and Democracy” argues that “all policy, from vaccine distribution to higher education funding to tax reform, will have racialized effects. Recognizing this reality, and always considering race in policy design, is therefore vital.”

Wong and the authors wrote that a “skills-based, opportunity-focused liberalism” is outdated and ignores systemic racism, and that “our mainstream politics has yet to recognize, prioritize, and make central the reckoning, race equity, and self-determination that a multiracial democracy would require.”

The report praised the idea of wealth redistribution in the name of racial justice and argued that “equity” means equal outcomes, not equal opportunities.

“True equity means equity of outcome, and not accepting the promise of ‘opportunity’ within a system that continues to systematically exclude,” Wong wrote. “It demands redistribution of resources—especially when wealth for some has been extracted from many—and a redistribution of decision-making power.”

Essentially, Wong is turning away from the credo of the United States, and it’s easy to see with the language she uses – “demands redistribution,” wealth “extracted,” redistribution of decision-making power.”

So, an ideology hostile to capitalism is used to ‘reform’ capitalism? Right.

“Any efforts to address inequality in the United States must account for the legacy of racial exclusion built into our economy,” said Wong in a Tuesday statement.

“I look forward to working with this distinguished group of leaders to propose ways to harness Treasury’s power and authority to redress these harms toward a more just and equitable future.”

Wong also ran investment services between 2006 and 2012 for the Democracy Alliance – a left-wing “network of donors” which received millions from Soros.

I am…um…unattractive. It is a scientific fact that beautiful people receive preferential treatment by the general populace and, therefore, typically have better outcomes that unattractive people like me.

c**p…unfortunately, those of us who suffer from unattractiveness can’t really be made more attractive…even cosmetic surgery can only do so much. So I guess what this means is that all the beautiful people will need to be disfigured in order to achieve true equity.

Oh…and all those professional athletes need to be hobbled so that those of us less gifted in that area can compete on a “level playing field”.

And all law degrees should say they’re from Yale or Harvard so that there can be equity amongst lawyers.

Hey, this is fun. Tall people should have their legs shortened. Skinny people should be force fed. Everyone who has an IQ higher than the dumbest person in the country should be whacked in the head until we’re all equally stupid…wait…has that already happened?

“Skinny people should be force fed.”

Totally unnecessary. If implemented, we’ll all starve in no time.

These people are incredibly dangerous.

“Human beings are born with different capacities. When free they are not equal, when equal they are not free.” Alexander Solzhenitsyn