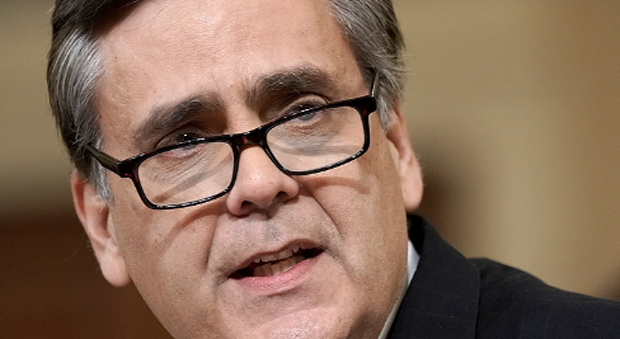 During Monday’s broadcast of the Fox News Channel’s “Fox News Live,” Turley said, “What’s interesting is that there is really a loss of space in the last few weeks for many of the censorship apologists that are in Congress and the media.”

“For years, they denied there was any censorship, that there was any shadowbanning, there [were] any blacklists, all of that was just formally denied,” he added.

“And because of Musk, we now know that all of that were lies, that, in fact, there was an extensive censorship system that was being directed in part by the FBI,” Turley said.

“So, one of the questions that we have is whether Twitter became an agent of the FBI for purposes of the First Amendment,” Turley added.

“You now have the company itself saying, yeah, we did become an agent of the FBI. We were being directed by the FBI,” he continued.

“And that makes things tougher for people who have really struggled to tell the public there is nothing to see here,” he added.

“And one of the things that is most disturbing, quite frankly, is that, when these files came out, the FBI attacked many of us who were raising free speech concerns and called all of us collectively conspiracy theorists spreading disinformation,” Jonathan Turley said.

“It was highly inappropriate, because the FBI has said that combatting disinformation is one of its priorities. So, it’s a menacing thing when you have the largest law enforcement agency attacking free speech advocates.”

Twitter and FBI agents communicated regularly with Twitter, requesting accounts be taken down and removed from the public forum.

The FBI frequently urged content moderators to take action on specific tweets and take action if they violated misinformation policies. But what is strange, many of these tweets had low follower counts and were satire and humor based.

Moreover, the latest Twitter release revealed 80 FBI agents were working “to identify alleged foreign influence and election tampering of all kinds,” including anyone questioning the 2020 election results.