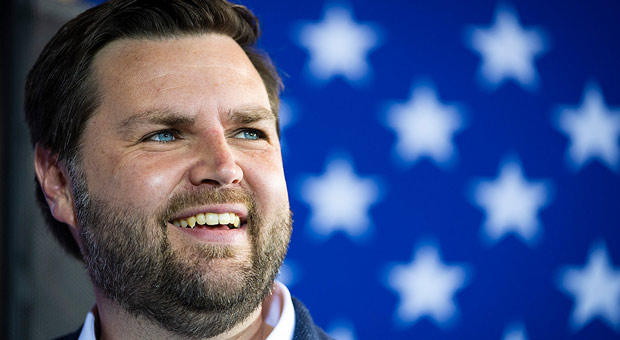 The recent FBI raid on Donald Trump’s home is working in the former President’s favor as polls now show voters in Ohio are flipping from Democrat to Republican.

The Trump-backed Republican nominee for Ohio’s open U.S. Senate seat, J.D. Vance, and Republicans have overtaken Democrats in the state.

According to the most recent Emerson College poll, Vance leads Ryan by three points.

Four percent said someone else, while ten percent were undecided.

“Both Vance and Ryan have strong bases of support, and the race tightens to a one-point lead for Vance among the very motivated and very likely voters in Ohio. Whereas Vance leads by a larger margin among somewhat likely and somewhat motivated voters.”

Last week, Vance told Fox News that addressing the border crisis is at the top of his agenda

Vance ties to the influx of fentanyl and sex trafficking in the U.S., combating inflation he believes can be curbed by investing in U.S. energy and emboldening parents regarding their children’s education. – Fox News

The Republicans hold a ten-point lead over the Democrats on the Ohio generic congressional ballot, 51 percent to 41 percent, with eight percent undecided.

President Joe Biden has an approval rating of just 39 percent and a 56 percent disapproval in Ohio.

Trump also leads with a majority of the vote with 53 percent compared to the 39 percent who would vote for Biden, according to a hypothetical 2024 poll.

The news comes just over a week following the FBI raid of Mar-a-Lago, showing 39 percent of Ohio voters are “more likely” to support Trump if he runs for President in 2024.

This is compared to the 35 percent who said the FBI raid made them “less likely” to support Trump, while 27 percent said the raid “makes no difference” in their voting decisions.

The Emerson College poll was conducted between August 15 to 16, asking the questions to 925 somewhat and very likely general election voters.

The poll also had a margin of error of 3.2 percent.

While Vance is not my choice, there is no way I could vote for Ryan who is as left as the squad.