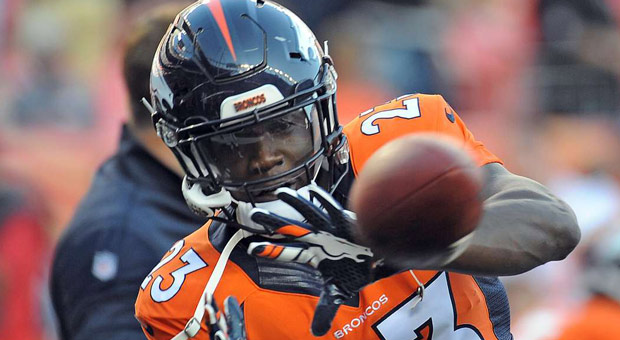 Denver Broncos running back Ronnie Hillman has been placed in hospice care as he battles a rare cancer, according to reports.

“It’s not looking good. He has pneumonia, and I’m putting it out there just to send positive vibes his way,” Wolfe said, according to KKFN-FM.

In August, Hillman was found to have a form of kidney cancer, renal medullary carcinoma.

The statement described the disease as a “rare but highly aggressive neoplasm form of cancer that primarily affects young African Americans with sickle cell trait.”

“As a family, we hope beyond hope, and we have faith that can move mountains,” the family said, the outlet reported.

“We also understand that God’s will is not always ours; therefore, we as a family subject ourselves to the will of our Almighty God.”

“We need your prayers, but we also need your understanding and respect for Ronnie and our family’s privacy at this time,” the statement read.

Hillman played for the Broncos from 2012 to 2015 and for the San Diego State Aztecs football team.

Hillman played 48 games as part of the Broncos, during which he rushed for 1,845 yards with 12 touchdowns, According to KKFN.

“He had a slow start but really picked it up and contributed a lot during the Super Bowl year,” Stokley said.

The best season Hillman saw with the Broncos was in 2015, when he rushed for 863 yards at a rate of 4.2 yards per carry and bagged seven touchdowns in the regular season on the way to the Super Bowl championship.

So sorry to hear this.