Steve Bannon Found Guilty on Both Counts of Contempt of Congress 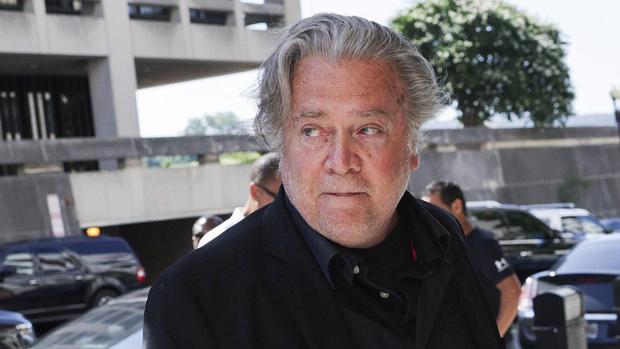 Former Trump advisor Stephen K. Bannon has been found guilty in a federal court in Washington, DC, on both counts of contempt of Congress.

It was reported that Judge Carl Nichols barred many defenses, including legal challenges to the validity of the subpoenas of the January 6th committee.

Bannon in 2016, served as the CEO of the Trump campaign, where his strategy steered it to an historic victory against the Washington establishment.

He became a White House adviser before leaving and returning to serve as executive chairman for Breitbart News.

Bannon faces up to one year in prison for each count if convicted.

He will be sentenced on October 21.

“In short, Mr. Bannon appears to have played a multi-faceted role in the events of January 6, and the American people are entitled to hear his first-hand testimony regarding his actions,” the House committee report recommended a contempt resolution against him said.

“We may have lost the battle here today, but we’re not going to lose the war,” Bannon said upon leaving the courtroom.

“In the closing argument, the prosecutor missed one very important phrase, I stand with Trump and the Constitution, and I will never back off that, ever,” he said.