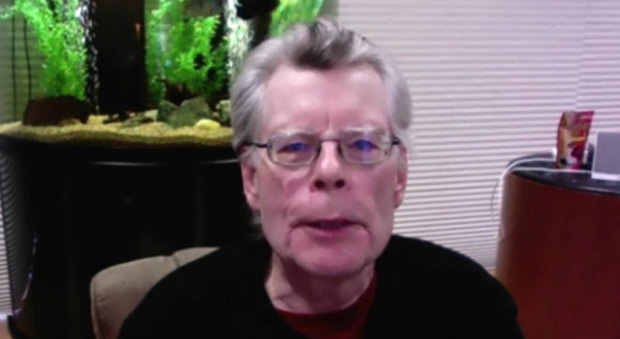 Author and outspoken leftist, Stephen King, who in the past championed Twitter’s suppression of Conservative voices on the platform, is now moaning about the recent suspension of reporters stemming from Twitter’s new rules banning private jet trackers.

You only have to look at King’s past tweets to see his ugly and hypocritical attacks on anyone with opposing views. Now the tables have turned, and the author isn’t happy.

In 2016, King penned a letter over 300 other authors attacking then-candidate Donald Trump, which appeared to encourage a “forceful” response to his candidacy:

“Because the rise of a political candidate who deliberately appeals to the basest and most violent elements in society, who encourages aggression among his followers, shouts down opponents, intimidates dissenters, and denigrates women and minorities, demands, from each of us, an immediate and forceful response,” he wrote.

King once cheered when conservatives were silenced; now he’s upset about account suspensions.

In 2021, King responded to Sarah Huckabee Sanders’s concern about censorship:

“The Chinese government shut down the Internet. Twitter isn’t the government. Twitter is a private corporation. I thought you guys LOVED private enterprise.”

King was also the first leftist to threaten to leave Twitter after Musk’s plan announced a verified users pay a subscription.

“$20 a month to keep my blue check? F— that, they should pay me. If that gets instituted, I’m gone like Enron.” That post went viral, and led Musk to respond by tweeting, “We need to pay the bills somehow. Twitter cannot rely entirely on advertisers,” King tweeted.

We thought King was going to leave Twitter anyway?