Serbian President Warns of Global Conflict Not Seen since WWII 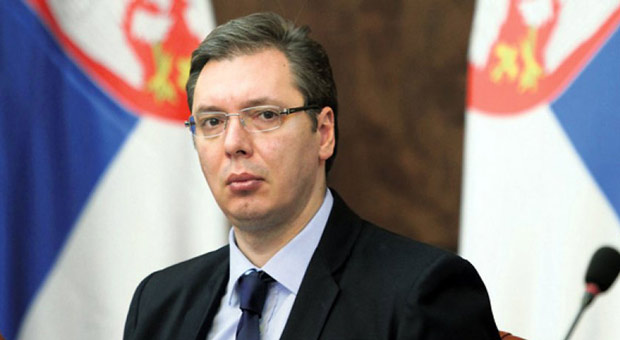 Serbian President Aleksandar Vucic warned on Tuesday the world is about to enter a global conflict not seen since World War II.

Vucic said in an interview with Serbian public broadcaster Radio Television of Serbia that the current Russia and Ukraine conflict may be “approaching a major war.”

“I assume that from the phase of a special military operation we are approaching a major war, and now the question is where are the borders and whether we will go after some time, maybe in a month or two, into a major world conflict the likes of which we haven’t had since World War II,” he said.

Vucic also warned he expects further complications in Russia and China’s relations with the West.

Vucic’s warning comes as Russian leader Vladimir Putin announced the mobilization of 300,000 military reserves – a first in Russia since the Second World War.

Putin warned the West that “the wind can also blow in their direction” regarding nuclear weapons, adding, “I’m not bluffing.”

The Russian leader also vowed to defend the new territories by “all means.”

“If the territorial integrity of our country is threatened, we will without doubt use all available means to protect Russia and our people – this is not a bluff,” Putin said.

Putin accused the West of trying to “divide and destroy” Russia, adding: “Those trying to blackmail us with nuclear weapons should know that the tables can turn on them.”

Ukraine’s Foreign Minister Dmytro Kuleba vowed: “The Russians can do whatever they want. It will not change anything. Ukraine has every right to liberate its territories and will keep liberating them whatever Russia has to say.”

“The UK will continue to be right behind you every step of the way,” Truss had promised to the people of Ukraine ahead of her arrival in the US on Tuesday.

London’s commitment of $2.63bn in 2022 to Kyiv resulted in the UK becoming the second-largest military donor to Ukraine.

UK military aid has involved the provision of hundreds of rockets, 120 armored vehicles, and five air defence systems, and some 27,000 Ukrainian troops have been trained by UK forces since 2015, according to the report.

Um, first of all Nato would kick the shit out of russia in a conventional war. The only thing saving russia is their old un-updated nukes and politicians. Which over half of them would detonate on Russia soil. Can you imagine US soldiers using the himar system with the training they have? Russia cant even beat ukraine.

Desperate Hillary Clinton Continues to Spread Anti-Trump/Russia Disinformation
The Trump-Russian collusion hoax has long been put to bed since being discredited. Still, twice-failed...

Guardsman Who Escorted Queen's Coffin Found Dead in Barracks
A teen guardsman who walked with the Queen’s coffin during the late Monarch’s funeral procession...

Europe Facing Potential Famine in the Wake of Nord Stream 'Attack'
As the unprecedented energy crisis across Europe worsens, the recent attack on the Nord Stream 2 gas...

California Decriminalizes Jaywalking Because of 'Racism'
Democratic Gov. Gavin Newsom signed a new law decriminalizing jaywalking across California because it...