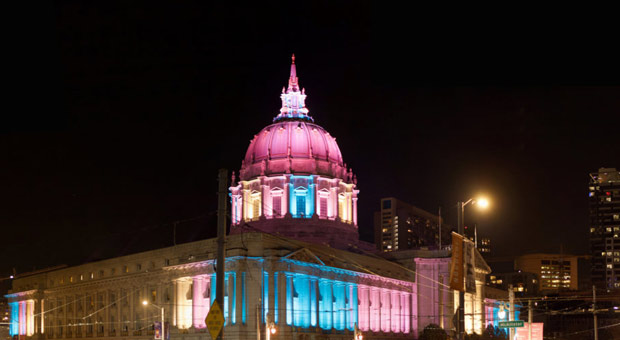 The city of San Francisco is offering an exclusive stimulus program only for transgender residents.

The program will give 55 transgender residents $1,200 a month for up to 18 months to advance equity for transgender people.

“Guaranteed Income for Transgender People (G.I.F.T.) will provide economically marginalized transgender people with unrestricted, monthly guaranteed income as a way to combat poverty our most impacted community members face,” a website for the program reads.

“The Transgender District and Lyon-Martin Community Health Services, in partnership with municipal city departments in the City and County of San Francisco, will provide 55 Transgender residents of San Francisco County with $1,200 a month in guaranteed income for a year and a half,” it adds.

“The program will prioritize enrollment of Transgender, Non-Binary, Gender Non-Conforming, and Intersex (TGI) people who are also Black, Indigenous, or People of Color (BIPOC), experiencing homelessness, living with disabilities and chronic illnesses, youth and elders, monolingual Spanish-speakers, and those who are legally vulnerable such as TGI people who are undocumented, engaging in survival sex trades, ​or are formerly incarcerated.”

The pilot stimulus program is the first of its kind, and is an addition to the Mayor’s Office of Housing and Community Development, the Office of Transgender Initiatives, and the Treasurer & Tax Collector; the program is being led by Lyon-Martin Community Health Services and The Transgender District.

The payments will be unconditional for successful applications, who can spend the money on anything they want.

The Mayor’s Office also said the program would provide other resources such as so-called “gender-affirming medical and mental health care,” as well as financial coaching.

The program also announced on its website it would be accepting applications from November 15 to December 15.

“Our Guaranteed Income Programs allow us to help our residents when they need it most as part of our city’s economic recovery and our commitment to creating a more just city for all,” Breed told the outlet.

“We know that our trans communities experience much higher rates of poverty and discrimination, so this program will target support to lift individuals in this community up.”

The city launched similar programs throughout 2021 to help starving artists affected by the COVID pandemic.

The program gave 130 San Francisco-based artists $1,000 a month in income for six months, with no strings attached.

More stupid ideas with govt money. They really think it is free and who cares about the taxpayers

There you go transwhatevers, the best place for you to live is in San Francisco. They will pay you to live there. No time to waste, move there today!

And overnight the entire population of San Fran switched from being gay to being trans.

Self-determination was the basis for which our Nation was founded. “Financial Security” is not guaranteed in our Constitution. Merely the right to life, liberty and the pursuit of happiness. If San Franciscans want to give their money away, please give it to people who have earned it: Our Veterans.

Now they are paying people to be transgender, q***r, … Amazing!

Keeping people dependent on gvt is critical to democrat elections. When the 18 months is up they’ll have another handout program waiting.

Just another way to continue funding left wing activists with tax dollars. This is specifically targeted for members of a leftist cause, what else would it be for? Biden started by bribing the idiots with worthless degrees with tax dollars. Money is free if you have the correct ideology.

OK I’m a virtual citizen of San Fransicko, and I had a dream I was trans, now show me the money

So that makes them privileged–to live on government dole? If it were private funding, that would be something different altogether.

Boycott Tampax Trends on Twitter After Creepy Tweet From the Brand Goes Viral
Feminine product brand Tampax began trending on Twitter yesterday after followers demanded a boycott....
No posts found
wpDiscuz
11
0
What are your thoughts? Click to commentx
()
x
| Reply