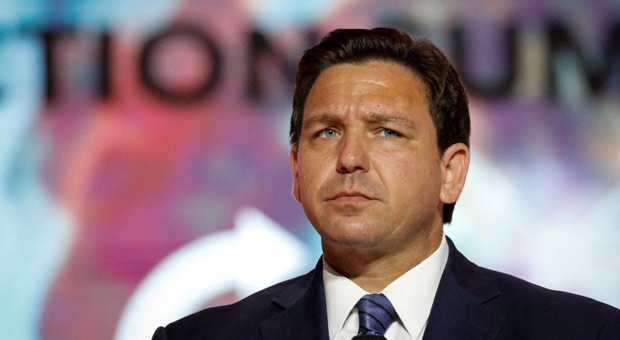 Florida Gov. Ron DeSantis was forced to pull out of a Sunday campaign event due to an “unforeseen tragedy,” according to reports.

The $25,000-per-person event was expected to be a significant fundraiser, as Zeldin looked to wrest the governorship from incumbent Gov. Kathy Hochul.

The congressman’s team is now trying to find other ways to have DeSantis join them on the campaign trail, the New York Post reported.

“An unforeseen tragedy forced Gov. DeSantis to reschedule his trip to New York,” Zeldin spokeswoman Katie Vincentz told the Post. “While we’re rescheduling with Gov. DeSantis for a later date, tonight’s fundraiser will proceed and is expected to raise almost a million dollars.”

Trauma wracked the Florida governor’s family last year when it was announced his wife, Casey DeSantis, had been diagnosed with breast cancer.

She was declared to be cancer-free in March of this year.

Hochul recently joined the ranks of Democrats outside Florida, leveling attacks at DeSantis and his state.

“I just want to say to the 1.77 million Jews who call New York home: Thank you for calling New York home. Don’t go anywhere or to another state. Florida is overrated,” Hochul said when signing a Holocaust education bill earlier this month.

“I shouldn’t say this, but look at the governor. It starts at the top down.”

Newsom also pledged to contribute $100,000 of his campaign’s money to the campaign of DeSantis’ Democratic opponent Charlie Crist.

Voters last week chose Crist, who was a registered Republican when he previously served one term as Florida governor more than a decade ago, over the state’s progressive and outspoken Agriculture Commissioner Nikki Fried.

Crist has blasted DeSantis as a ‘wannabe dictator’ and an ‘extremist,’ and on election night told supporters that the governor ‘only cares about the White House. He doesn’t care about your house.’