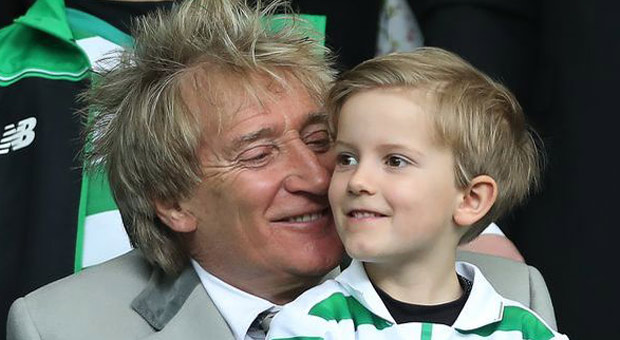 Singer Rod Stewart has revealed his son Aiden, 11, was rushed to hospital after suffering from a suspected heart attack during a football match.

The 77-year-old musician said his son went ‘blue and unconscious’ while playing for his Young Hoops Under-12s team.

The ‘I don’t want to talk about it’ singer did not say when the incident happened.

“We thought my boy had a heart attack,” Stewart told FourFourTwo magazine.

“He was going blue and was unconscious until he calmed down,” he added.

“It was scary, but it turned out to be a panic attack. The lad wanted to do well, pulled on the Hoops in Scotland for his dad,” he said.

According to the Calm Clinic – “Anxiety doesn’t appear to cause any dramatic changes to your skin color. You’re not going to turn blue or purple.”

According to NI Direct, blue skin and lips is usually caused by low blood oxygen levels or poor circulation.

The news comes months after the Rod Stewart lost his brother Bob at 88, and his other sibling Don.

Last month Rod’s son Sean, 42, was rushed to hospital after a road collision.

He explained in his caption: “I got hit by a truck at a red light.”

The singer also has seven other children.

His offspring are from romances with five different women and two sons with current wife Penny, 51, model Alastair, 16 and Aiden.

Kimberly, 43, and Sean, 42, are from Rod’s first marriage to actress, Alana Stewart, 77, and daughter Ruby, 35, is from his relationship with model Kelly Emberg, 63.